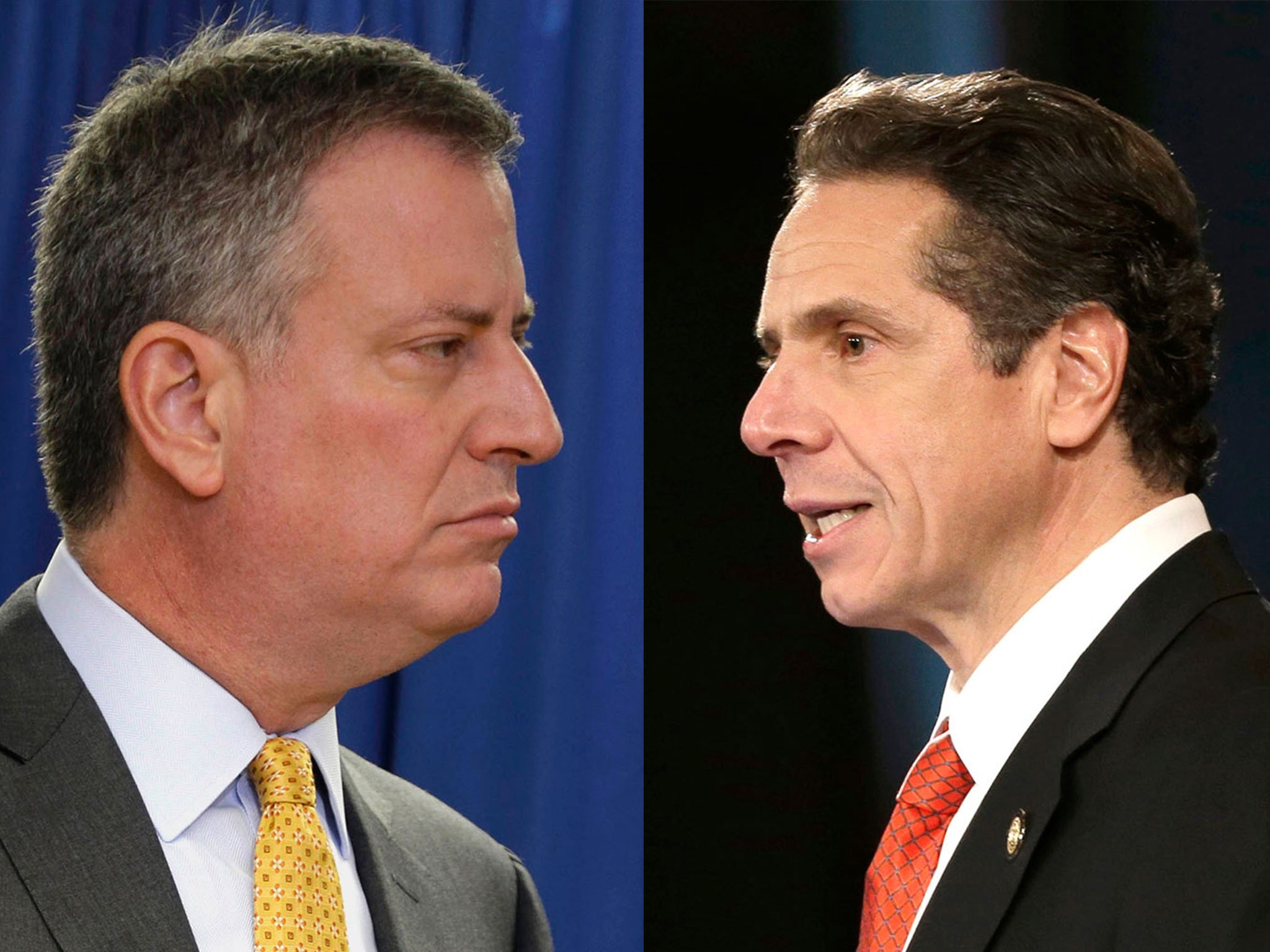 As Cuomo Announces Another Set Of Re-Openings, De Blasio Suggests The Timing To Be Politically Convenient

Supposedly re-opening the city bit-by-bit due to the declining COVID-19 rates in the Big Apple, Governor Andrew Cuomo announced another set of roll-backs on Thursday, but most state lawmakers, including Mayor Bill de Blasio, were not convinced.

Currently, in the eye of a major storm, Cuomo’s moves to re-open businesses across the city was termed to be “sure as hell” politically convenient by Mayor de Blasio, hinting at the fact that Cuomo was just trying to gain some brownie points amidst his tarnished image.

Declaring rather poignantly in a statement on Thursday narrating, “Let’s get back to life and living. It is safe,” Cuomo announced sports stadiums will be allowed to have limited crowds in the stands starting April 1, provided attendees give proof of a negative COVID test or vaccination.  The major stadiums which had been converted into mass vaccination sites over the last two months will appear to will return to their former revenue-generating statuses sooner rather than later.

Also on April 1, large outdoor performing arts venues that host live concerts and shows (ones with 2,500-person capacity or more) can reopen at 20 percent capacity, Cuomo said. That capacity cap will increase as COVID rates improve. “New York has always been smart and safe all through this. We went from the highest infection rate in the United States of America to the lowest infection rate in America,” Cuomo said Thursday. “We have beaten this virus like no other state in the nation has and we’ve done it by being smart.”

“The calibration is right,” he added.

This being said, New York officials were not quite happy with these takebacks, especially the ones that were concerned with the announcement that indoor group fitness classes can resume on Monday. Mayor Bill de Blasio took to hitting back at the Governor saying, “The state of New York continues to make decisions without consulting the city of New York or our health experts or any locality and this is why we need local control. It’s just troubling to me that our healthcare team has said very clearly this is not what they would have done and the state just doesn’t care. We’re going to do our best to implement this rule safely because the state has the legal right to do it, but it’s not what we would have done.”

The city’s health commissioner, Dr. Dave Chokshi, also seconded the concerns, saying indoor group fitness classes “are the settings where we have seen COVID-19 spread. And those are the factors that facilitate that spread.”

“Is this being done because of what the data and science is telling us or is this being done for political reasons?” de Blasio asked Thursday, with reference to Cuomo’s ongoing investigation, which will probably last a good two months. “Because it sure as hell looks like a lot of these decisions are being made by the governor because of his political needs.”