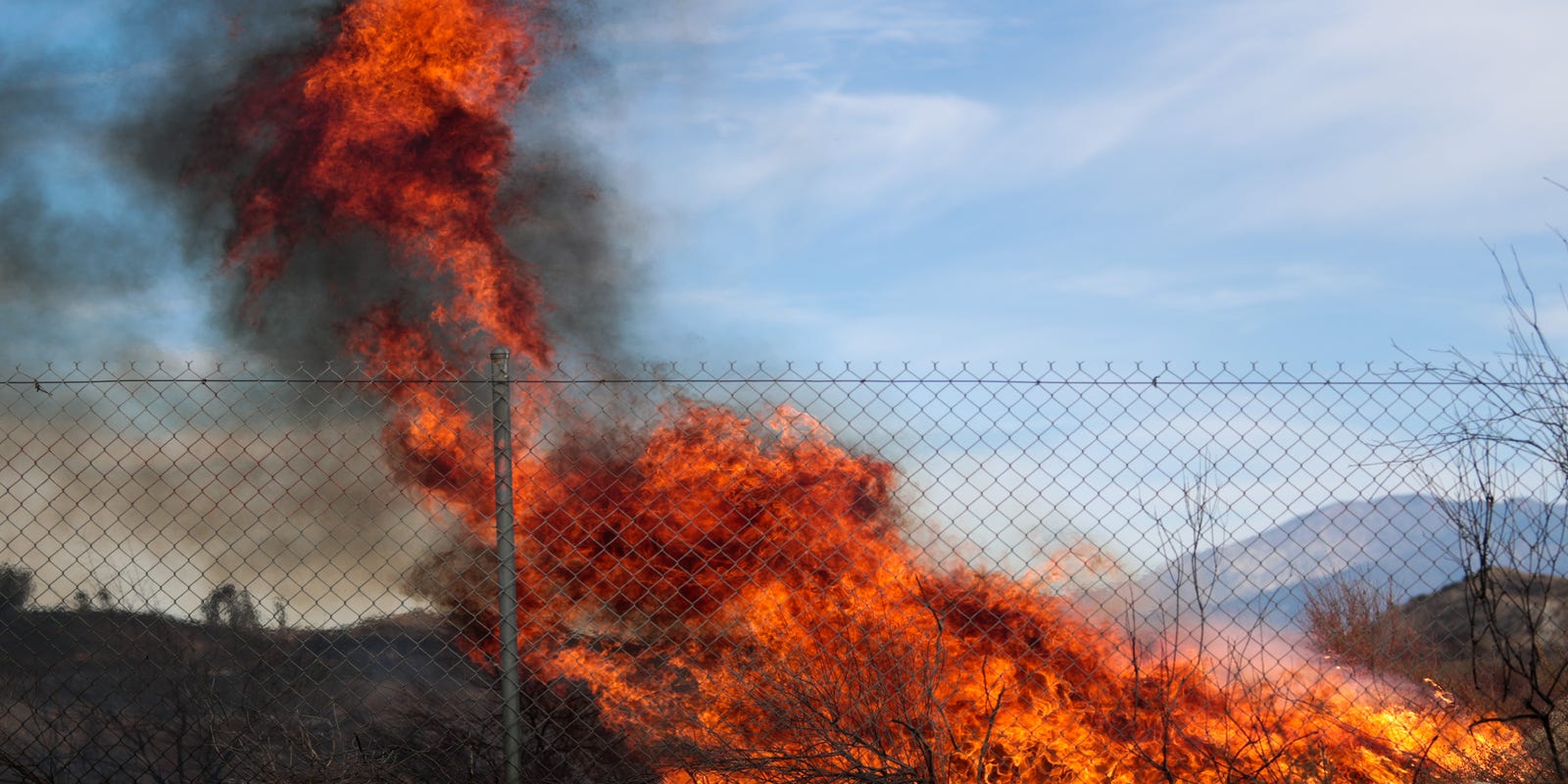 As Fires Continue To Rage in California, the Sanderson Fire Swallows 2,000 acres on Sunday

Unceasing and relentless in nature, the Californian wildfires have wreaked havoc in the State for months. The latest development on Sunday was anything but comforting as a wildfire in Riverside County, called the ‘Sanderson Fire’, burned through nearly 2,000 acres on Sunday.

The Sanderson Fire was reported at around 1 a.m. on Sunday, near the intersection of La Borde Canyon Road and Jack Rabbit Trail, according to the Riverside County Fire Department. It was only 10% contained by Sunday afternoon, as it had already spread to around  1,933 acres, with an estimated 130 firefighters battling it. The further spread of the inferno was curtailed by the firefighters, upon being assisted by an army of three helicopters, six air tankers, and four fire crews. “Firefighters had difficulty accessing the fire due to its location deep into rugged terrain,” Cal Fire said in a statement.

The fire exploded in size partly because it was burning in a hard-to-reach spot and the windy conditions in the area, according to fire officials. An evacuation warning was issued for homes north of Gilman Springs Road and south of Timothy Lane, including Jerry Street, McGehee Drive, Alberta Lane, Laurene Lane, Lisa Lane, and Kevin Road.

The South Coast Air Quality Management District issued a smoke advisory through Monday, saying smoke and ash from the fire will carry into portions of Los Angeles, Orange, Riverside, and San Bernardino counties.

In one of the worst fire sprees ever, as of Sunday, California had experienced over 9,600 fires, with more than 4.1 million total acres burned, 31 fatalities, and over 10,400 structures damaged or destroyed. California’s August Complex fire wildfire has been labeled as the first “gigafire” as the fires have gone beyond 1m Acres. The fire has now crossed seven counties and has been labeled as larger than the state of Rhode Island. The intensity of the fires has been increased by drying and heating from human-induced climate change, as well as decades of poor forest management.

The year 2020 has been the largest wildfire season recorded in California history, according to the California Department of Forestry and Fire Protection.