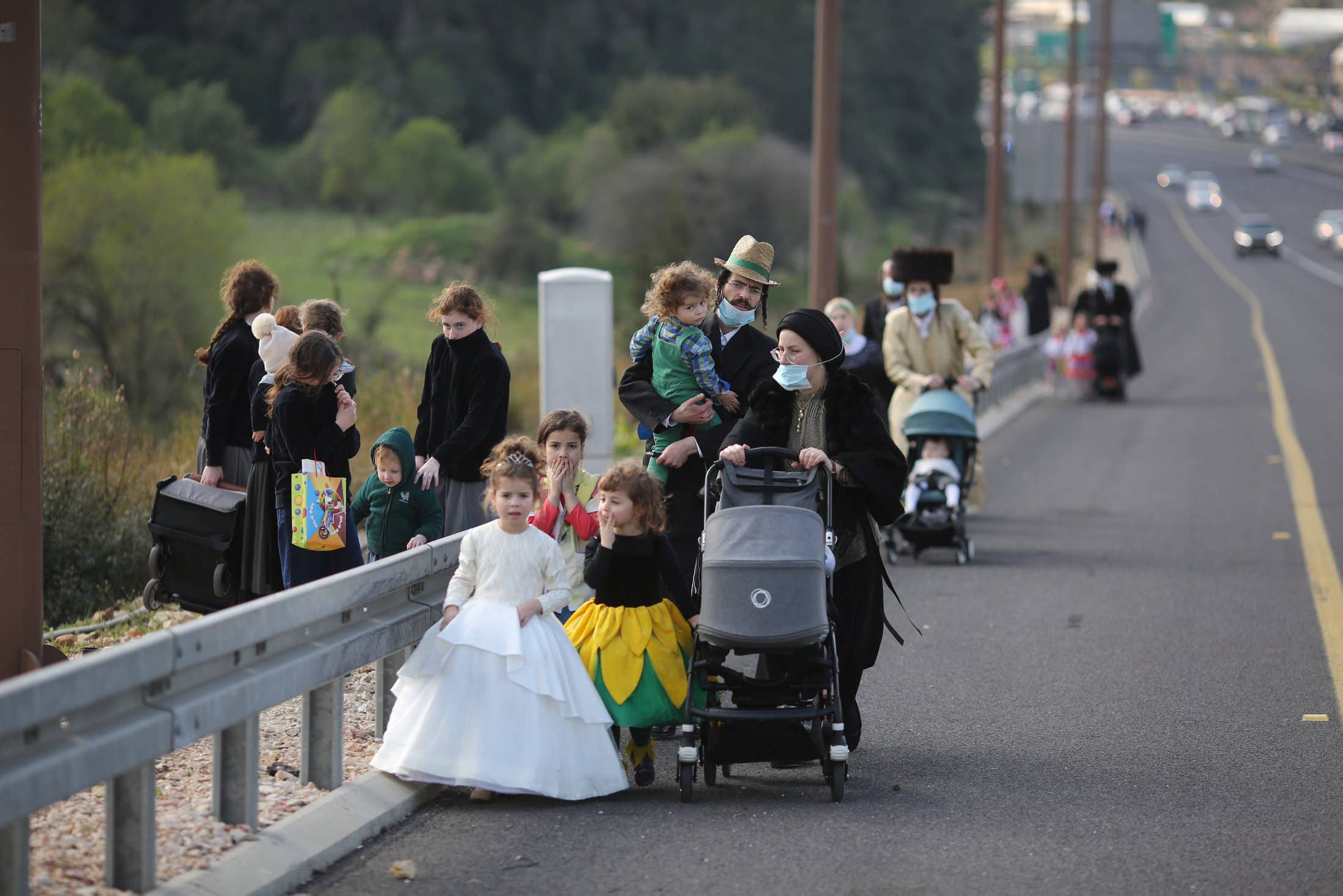 As the weekend of festivities began in Israel for the celebration of Purim on Sunday, the government closed the roads leading up to Jerusalem and canceled all forms of interurban public transport just before Shabbos. This caused thousands of families to abandon cars and private buses stuck in the heavy traffic outside Jerusalem and make their way on foot to the capital.

In an attempt to control mass gatherings during the festive fervor of Purim, which is celebrated with costume, dancing, and merriment, the Israeli government took a hasty decision in order to prevent the large gatherings of Chasidim on Purim in Jerusalem. According to media reports, the decision to close the roads was taken by the government just before Shabbos, which was Purim for the rest of the country.

Since most people had not heard about the decision, when they tried making their way to Jerusalem to participate in the festivities on Sunday, they discovered that the roads were blocked by the police. This led to large pilgrimages of people to Jerusalem from the roadblocks outside the city.

Reacting to the incident, Housing minister Yaakov Litzman fumed at the decision and said that it was “selective targeting of the chareidim, while at the same time we saw total inability to enforce regulations at parties in Tel Aviv, Haifa and elsewhere. After seeing the harsh scenes of thousands of people taken off buses and forced to walk for hours, we will demand explanations for this decision.”

MK Uriel Boussou (Shas) said that “this ridiculous decision in the midst of Purim left many families with small children who planned to use public transport left with a harsh and merciless decision by some self-styled heroes in the Transport Ministry who decided to change the rules of the game in the middle of the game.”

Eventually heeding to those who were left stranded, the government allowed public transport to reopen at 12 AM Sunday night, in order to help people get back to their homes.