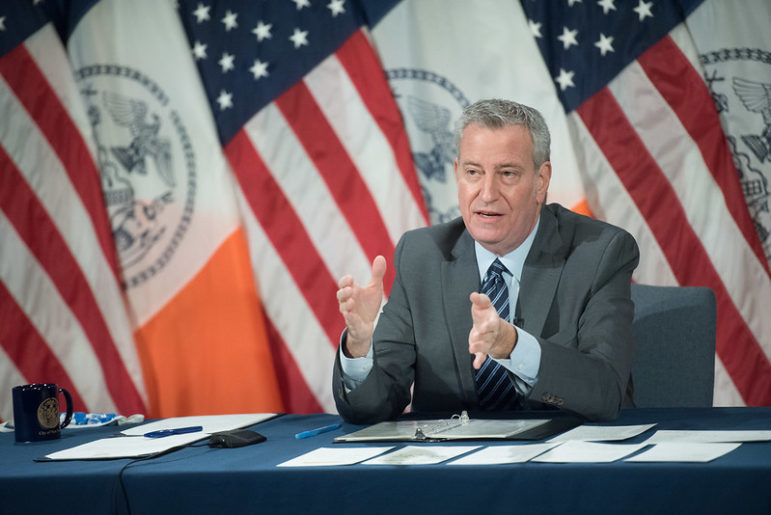 As Shootings in NYC Spiral Out of Control, de Blasio Speculates A Bloody Summer But Has No Plans To Control It

De Blasio’s New York is dripping with blood as gun violence continues to take a swathe of lives across the city. On Monday, the unfazed Mayor claimed that “For the rest of the year, we’re going to be dealing with a major challenge,” but offered no solution to it whatsoever.

As it stands, shootings have surged across New York City by more than 68 percent so far in 2021, according to new NYPD crime statistics, Through Sunday, the five boroughs had seen 602 shooting incidents in 2021, wounding or killing 687 victims, the CompStat figures show. What’s worse is that it is a common occurrence for gun incidents to amplify during the summer months, as trends have shown over the past few years.

While de Blasio did address the surge during his daily press briefing on Monday, he showed no interest in coming up with plans to curb the violence. “We are doing everything we can here in this city, but we need help. We need help from the federal government, we need help from the state government,’’ he said, referring to proposals calling for more gun control and additional services for parolees, as usual relying on the Federal agencies. Instead of coming up with a plan, he once again touted the 28 percent increase in gun seizures by the NYPD, even when the numbers are on a continuous rise.