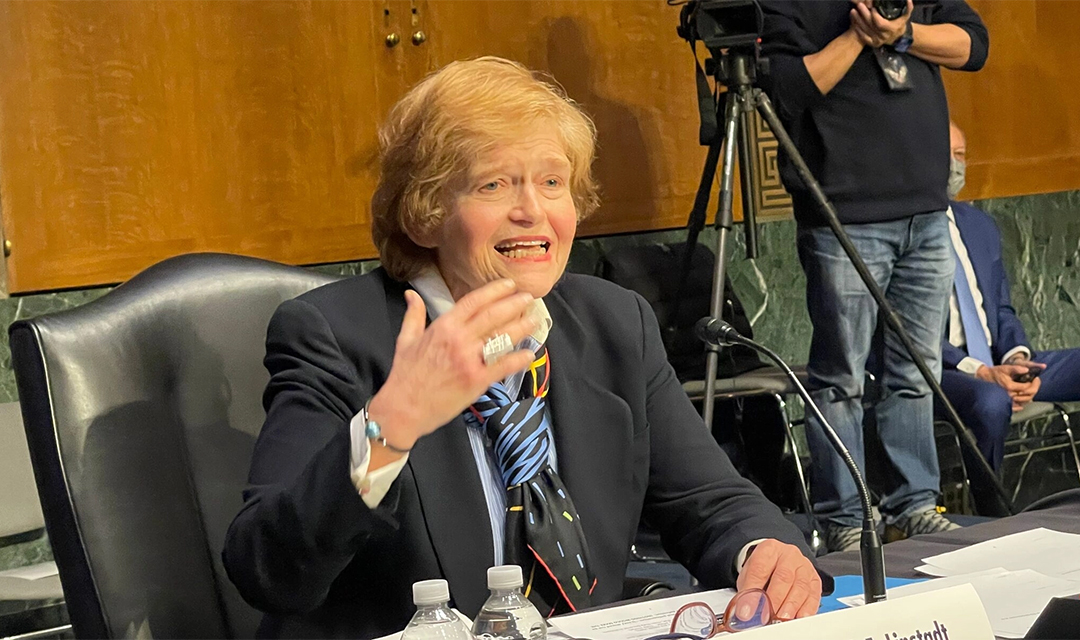 Finally after a long wait, on Tuesday, the Senate Foreign Relations Committee advanced the nomination of Deborah Lipstadt to serve as the U.S. State Department’s Special Envoy to Monitor and Combat Anti-Semitism.

Lipstadt, the 75-year-old Holocaust historian and the Dorot Professor of Modern Jewish and Holocaust studies at Emory University, was approved by a 13-9 vote, with Sens. Mitt Romney (R-Utah) and Marco Rubio (R-Fla.) joining the Democrats to vote in favor of her nomination. She was nominated by U.S. President Joe Biden on July 30 and since then her nomination has been in the committee before she received a hearing in February after Republicans on the committee requested more time to vet her.

A vote in the committee was also delayed twice, once after due to the objection of Sen. Ron Johnson (R-Wis.) and another due to low attendance.

Tuesday’s vote moves her nomination towards a full Senate vote to confirm her, and upon hearing this news, Jewish groups were elated and urged the Senate to confirm her without delay.

“After enduring more than eight months of Republican obstruction, we’re thrilled to finally be able to congratulate Dr. Lipstadt as her nomination moves to a vote in the full Senate,” said Democratic Majority for Israel (DMFI) president and CEO Mark Mellman. “Dr. Lipstadt has spent her career fighting anti-Semitism—from the halls of academia to the public square to the world’s courtrooms—and she is uniquely qualified to take on this challenge.”

The Jewish Federations of North America (JFNA) also expressed appreciation to the committee and to committee chairman Sen. Robert Menendez (D-N.J.) and ranking member Sen. Jim Risch (R-Idaho) for their leadership. The Orthodox Union called Lipstadt the “right person at a time of tremendous need” to take on the challenge of rising anti-Semitism.