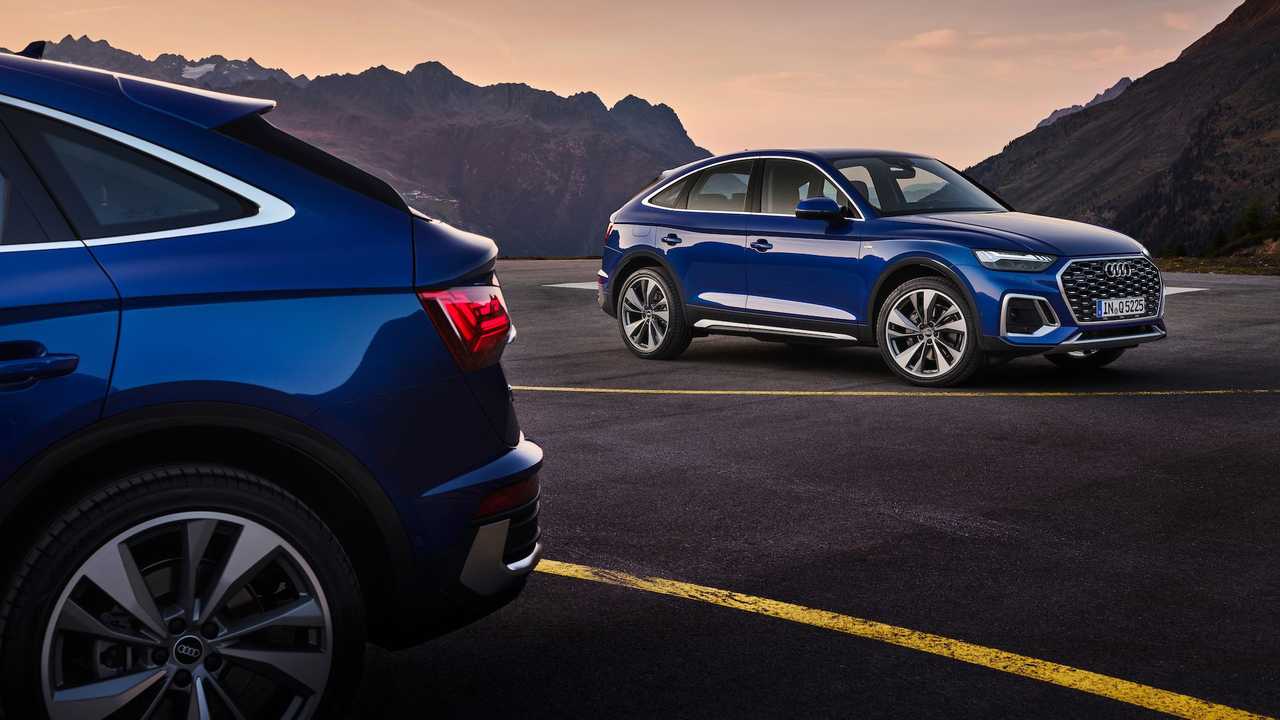 Expanding its SUV lineup with the all-new 2021 Q5 Sportback, Audi has revealed a sleeker model with slanted roof, as compared to the previous Q5 variant. Mechanically similar to its predecessor, the new automobile will not be a plug-in-hybrid powertrain version in the U.S.

Similar to the Q5, with the exception of a more good-looking roofline, the Sportback features brand-new OLED taillights, which have four different patterns that can be modified according to the owner. The 2021 Q5 Sportback will be powered by the same turbocharged 2.0-liter four-cylinder with 261 horsepower and 273 lb-ft of torque found in the Q5, and will also have the 3.0-liter six-cylinder engine with 349 horsepower and 369 lb-ft of torque which is the the SQ5.

The 2.0-liter engine will be mated to a seven-speed automatic transmission and the 3.0-liter will get an eight-speed automatic – both of which will route power to all four wheels with Audi’s Quattro system. Unlike in the standard Q5, Audi says a plug-in hybrid powertrain will not be offered on the Sportback model in the U.S.

The established automaker is also including several different suspension options, including a standard steel setup and multiple adjustable options. The most notable of which is a new air suspension which can raise and lower the car up to 2.4 inches. This includes raising the ride height by up to 1.8 inches for less than ideal road surfaces.

Coming to the software, the Sportback will feature a new 10.1-inch touchscreen that sticks up from the dash, paired with Audi’s optional Virtual Cockpit digital instrument cluster that gives the whole setup a modern look. Wireless Apple Carplay also comes standard. Talking about the headroom, one of the car’s engineers mentioned that a six-foot-tall passenger would have “plenty” of space, during the presentation of the model.

Set for a mid-2021 release, Audie has not disclosed the pricing of this variant but it is supposed that it would be higher than the standard Q5’s $43,300 starting price.