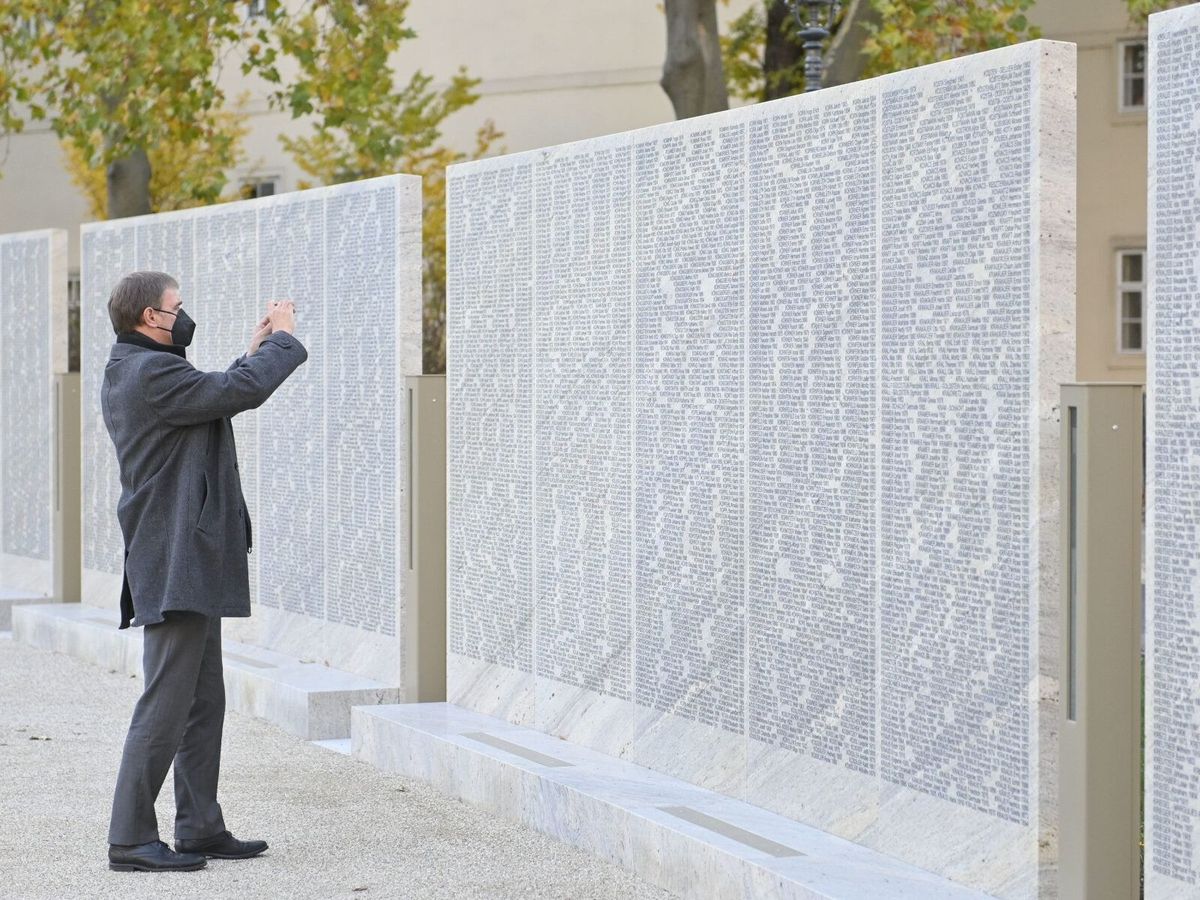 On the anniversary 83rd of the Kristallnacht pogrom, the Austrian government unveiled a $7 million Holocaust memorial monument that has 64,440 names inscribed on it.

Named the “Shoah Wall of Names”, the wall in Vienna lists 64,440 Holocaust victims on 160 granite slabs and is the result of years of lobbying by commemoration activists for a major monument that reflects both the scope of the Holocaust and its individual victims.

“The Republic of Austria is sending out a visible sign of its responsibility,” Karoline Edtstadler, a cabinet minister in charge of the Chancellor’s office, said in a statement ahead of the unveiling ceremony Tuesday. “The victims are given their names and thus at least part of their dignity. And we realize that behind the 64,440 names there are individual people – children, mothers, fathers, and neighbors – with individual stories and human fates.”

The idea of the wall was first initiated by Kurt Yakov Tutter, a Holocaust survivor of Austrian descent, which in 2018 received government funding and the go-ahead to be built at Ostarrichi Park near the National Bank.