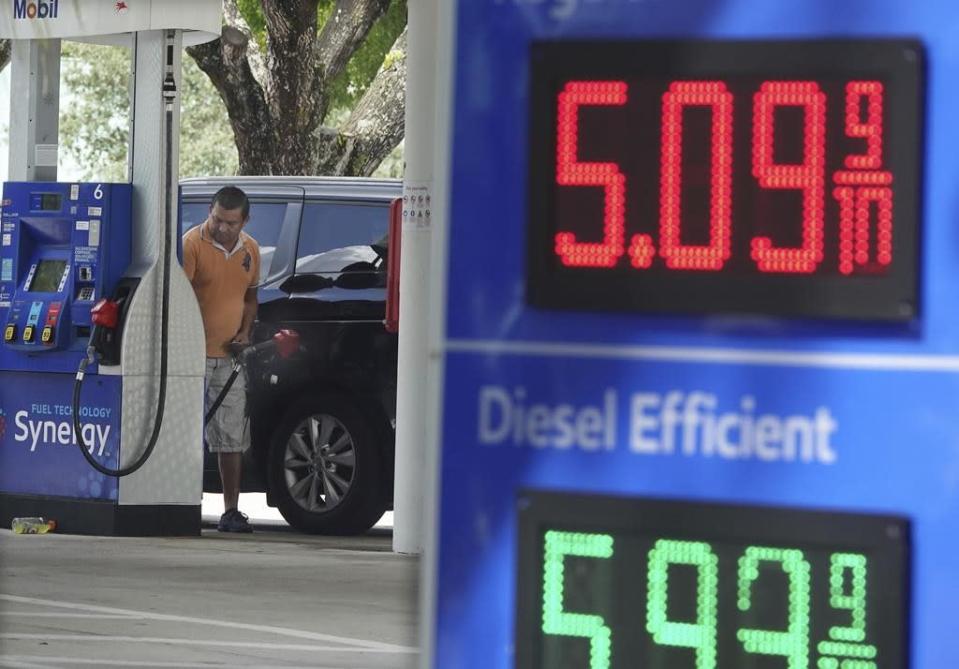 In another new development, the average price of regular-grade gasoline spiked 39 cents over the past three weeks to $5.10 per gallon.

The average price at the pump is $1.97 higher than it was one year ago. Nationwide, the highest average price for regular-grade gas is in the San Francisco Bay Area, at $6.55 per gallon. The lowest average is in Baton Rouge, Louisiana, at $4.43 per gallon.

The average price of diesel rose 20 cents over three weeks, to $5.86 a gallon and there are no signs of a slowdown. The national average price of gasoline on Saturday was $5.00, up 60 cents from a month ago. According to the AAA motor club, gas sold for $3.08 a year ago.

The national average has been at its highest point since March, when it went above its previous record set in July 2008, when oil was trading at more than $133 a barrel. That was more than ten dollars above the current level without even accounting for inflation. Back then, the national average gasoline price was $4.11, or about $5.37 a gallon in today’s dollars.

The average price is above $4 a gallon in all states. In California, long one of the most expensive states in the country for fuel, the price exceeds $6 a gallon. States with the largest recent increases in gasoline prices include Michigan, Delaware, Maryland, and Colorado.