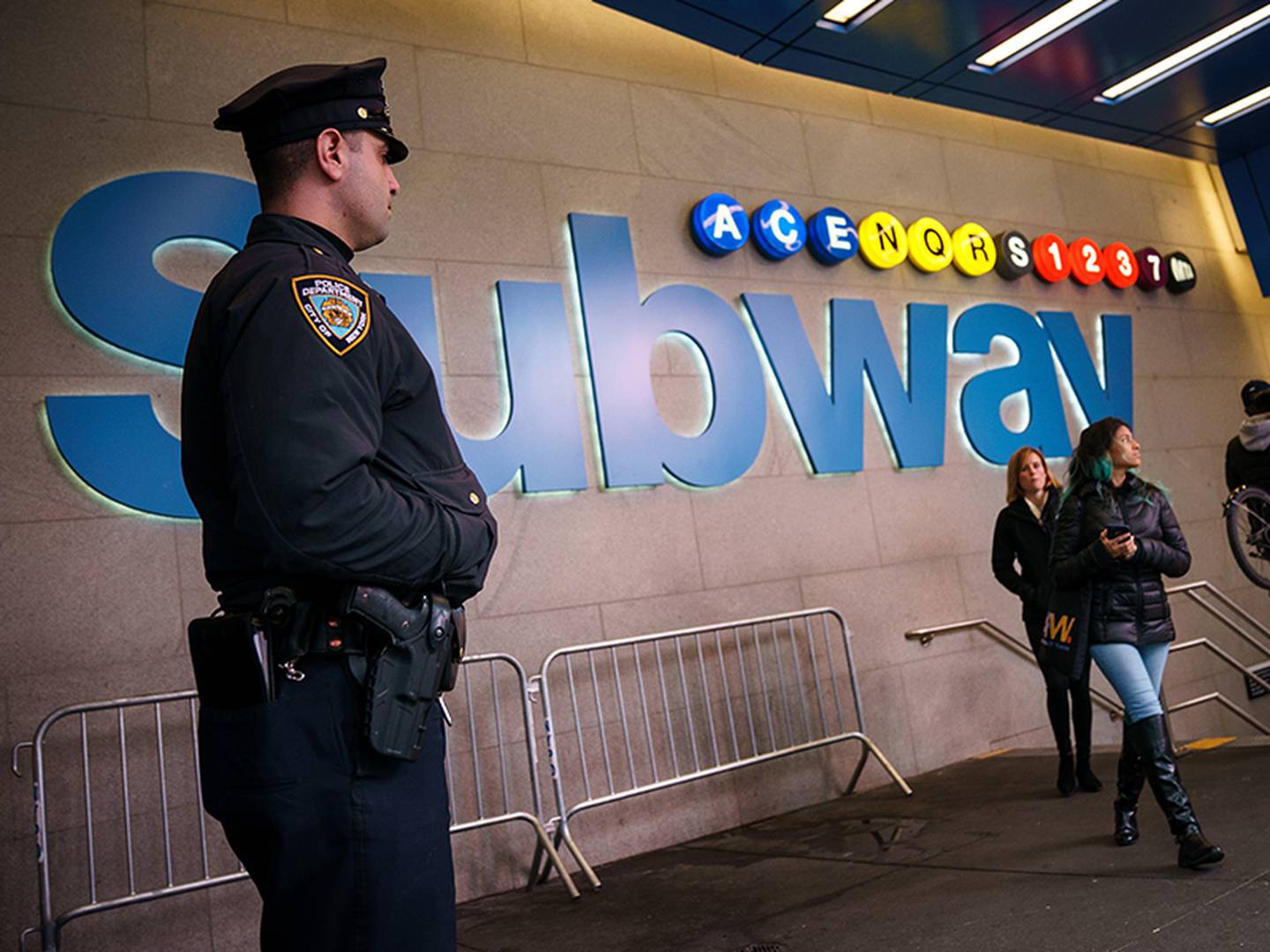 On the first full day officers patrolled some of the city’s subway stations alone, an NYPD transit cop became the subject of an assault on Tuesday.

Working solo on the job, the NYPD cop was posted at the Pennsylvania Avenue station in Brooklyn when he was attacked at about 6:45 p.m. by a 24-year-old suspect who has a history of run-ins with cops.

Identified as Alex Eremin, the perp was caught smoking a cigarette on the southbound platform and was reprimanded immediately. In reaction, the suspect threw himself down the platform staircase, and the officer went to offer the suspect some help, but he allegedly grabbed the officer and tried to drag him down the rest of the staircase, police said.

During the struggle, Eremin allegedly made several attempts to grab the officer’s gun.

After several minutes, Eremin was subdued and taken into custody. He was hit with several charges, including assault on a police officer and resisting arrest.

The officer was taken to New York-Presbyterian Brooklyn Methodist Hospital in stable condition.

The NYPD said Eremin has a history of arrests connected to offensive behavior toward police. In February, he was accused of spitting in an officer’s left eye while in an ambulance, police said, and charged with obstruction of governmental administration.

And on May 11, he was accused of assaulting a police officer when he allegedly lunged at the officer and struck him with a closed fist several times behind the left shoulder, police said. He was charged with second-degree assault and resisting arrest, as well as lesser charges. On the same day, he was also charged in connection with a domestic incident, in which he was charged with third-degree assault, authorities said.

After Tuesday night’s incident, Adams appeared set to modify the solo cop move, to a two-cop posting, according to a spokesperson for the Police Benevolent Association. This being said, no comment was acquired from the Mayor’s office as of early Wednesday.