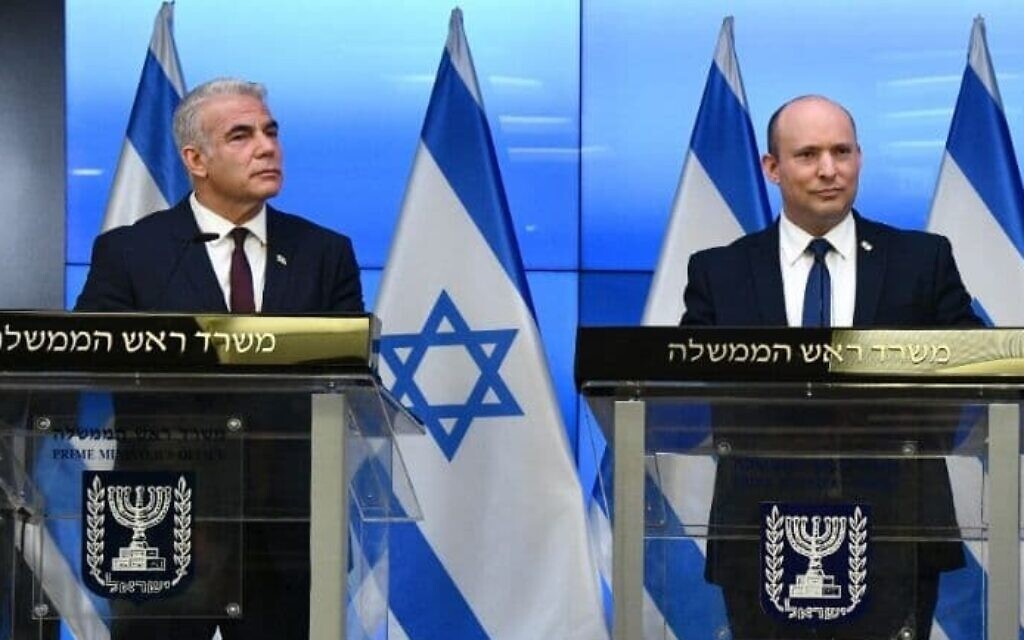 Standing together against the Biden administration’s intended plan to reopen the US consulate for Palestinians in Jerusalem, both Bennett and Lapid presented a united front on Saturday.

Speaking at a joint press conference after the passing of the 2021-2022 budget, Bennett said that there was “no place” for a U.S. consulate to the Palestinians in Jerusalem. Israel had expressed its position to the Americans “consistently, quietly, without drama,” said Bennett, adding “and I hope it will be understood.” Jerusalem said the prime minister, “is the capital of the State of  Israel, only.”

On the other hand, when asked by a reporter whether Israel might be prepared to compromise on this issue now that the budget had been passed, Lapid stated that the issue was not one of politics of coalitions. He said the State of Israel objects “in principle” to the opening of a consulate to the Palestinians in Jerusalem.

“There already is a U.S. embassy here, he said, adding that if the United States wishes to open a consulate in Ramallah, Israel would have no objection.

As opposed to the Israeli government, Secretary of State Antony Blinken reaffirmed America’s commitment to reopen the consulate during a meeting with Palestinian Authority leader Mahmoud Abbas in Ramallah in May. “As I told both Prime Minister [Benjamin] Netanyahu and President Abbas, the United States will go forward with the reopening of its consulate in Jerusalem. This is an important step,” said Blinken. “That’s an important way for our country to engage with and provide support to the Palestinian people.”