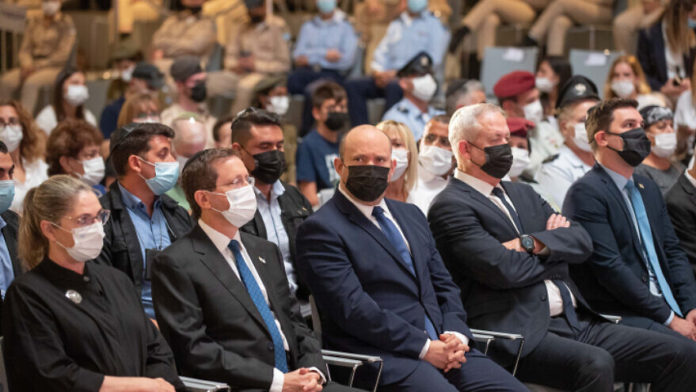 In commemoration of the 48th anniversary of the 1973 Yom Kippur War, Israeli Prime Minister Naftali Bennett said the historical incident some 48 years back is a lesson of humility.

Speaking before other Israeli officials and the bereaved families at Jerusalem’s Mount Herzl on Sunday, Bennett said the Yom Kippur War has taught the Israeli people the importance of being prepared and organized.

“Something within us changed 48 years ago,” Bennett said.

“The Yom Kippur War proved how dangerous complacency and arrogance can be. It taught us a lesson in humility, but also the importance of being prepared and organized,” Bennett added.

Israeli President Isaac Herzog for his part said the Yom Kippur War has taught the Israeli people about inflexibility and arrogance.

“The Yom Kippur war was a national event that taught us about inflexibility and arrogance. We must do our utmost so that a surprise like that does not happen again—we must always be prepared for war as well as never miss an opportunity for peace,” Herzog said.

“We must stand up to polarization and rifts in Israeli society. To unite, come together, make connections and prevent division—that is the best and only way to deal with internal and external threats,” Herzog added.