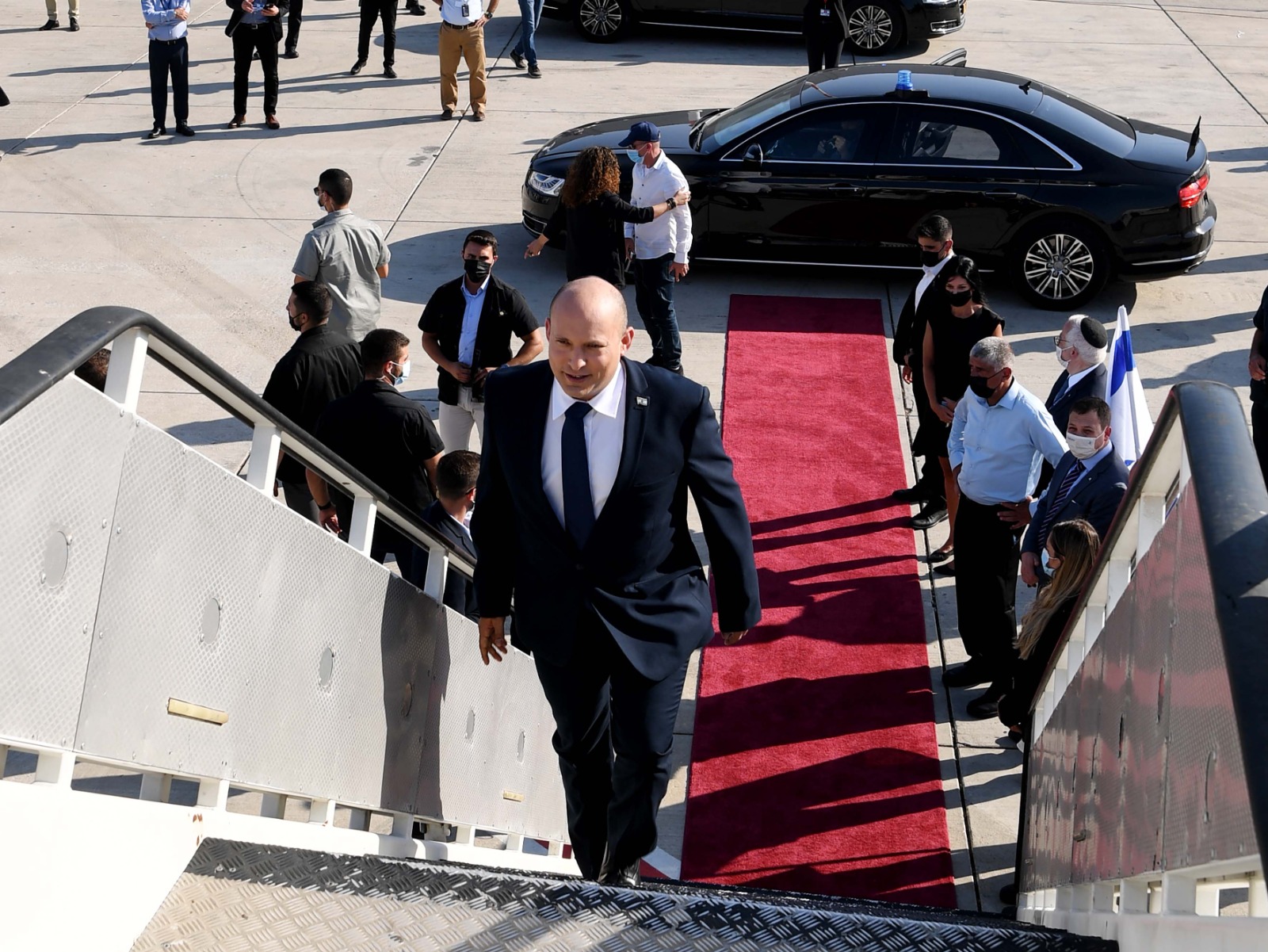 Bennett Slammed By Haredi MKs for Flying on Simhat Torah

Israeli Prime Minister Naftali Bennett was harshly criticized for flouting religious rules during the holy day of Sumhat Torah when he flew back to Israel from New York.

Several Haredi opposition MKs lambasted the Prime Minister for scheduling his flight home from New York after the UN General Assembly on a day when the holiday of Simhat Torah is over in Israel but continues for American Jews.

MK Meir Porush said that when Israel’s first prime minister, David Ben-Gurion, was abroad dealing with matters of state, he would always make a point of walking instead of driving on Shabbat and holidays. “Bennett cannot act differently than Ben-Gurion because it would weaken Judaism, violate the holiday and desecrate God’s name,” Porush said.

Posing himself as a religious Jew, Bennett also met with the same criticism two weeks ago when he traveled on Shabbat to police headquarters to oversee efforts to find the six terrorists who had escaped from prison. As it stands,  Bennett uses a special dispensation of pikuah nefesh (saving lives) to work on Shabbat and Jewish holidays.

Meanwhile, Shas MK Moshe Abutbul, who heads the Knesset caucus on keeping the Shabbat, said, “It is shameful and embarrassing that Bennett, who wears a kippah, does not respect the Sabbath and holidays, as he is expected to do as a symbol of the government in a Jewish state. It would not harm anyone if he would wait to leave, instead of forcing the Jews working for Israel in New York to violate the holiday. His obsession with scoring diplomatic points at the expense of maintaining our tradition that was strictly maintained by his predecessors who did not wear kippot will explode in his face, because those who do not respect Shabbat and holidays do not merit the help of God, and their work is not blessed with success.”