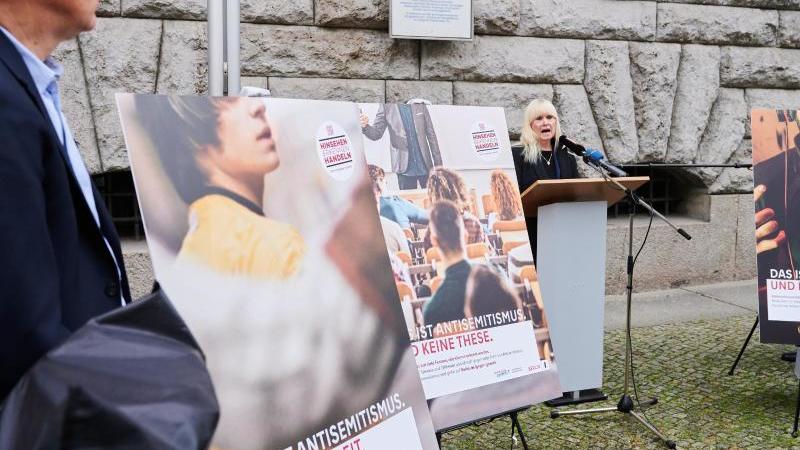 In an initiative towards sensitizing citizens against the rapidly growing hate against the Jewish community, the city of Berlin launched a campaign aimed at deepening awareness of antisemitic prejudice.

Urging the Berlin public to “look, recognize, act,” the campaign is built around four posters that emphasize the theme that antisemitism is not always visible at first glance. The campaign posters were unveiled at the Klosterstrasse underground station by Iris Spranger, the Berlin Interior Minister who represents the center-left SPD Party in the Berlin Senate. “The fight against antisemitism is a task for society as a whole. Every Berliner can pay attention to incidents and report them,” Spranger stated at the launch.

The campaign titled “Das is Antisemitismus” (This is antisemitism) will run throughout the city for the next two weeks, visible through posters, postcards, and video displays, as well as educational presentations in schools.