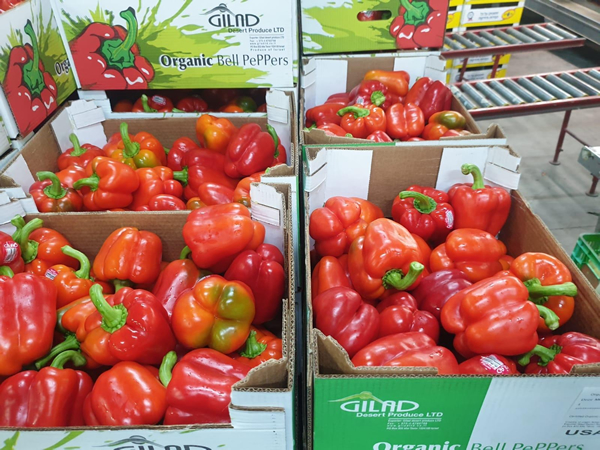 Beth Dein of Crown Heights Issues Notice Against Red Peppers Sold in Some NY Supermarkets, Warn Against These Products of Shemitta

On Tuesday, the Beth Dein of Crown Heights warned the Jewish community in New York not to consume certain Red Peppers sold in some kosher supermarkets since are products of Shemitta.

Sold in many Kosher supermarkets in the area, and labeled as a product originating in Israel, the Vaad HaKashrus advised Chasidim that if you have these peppers, which are labeled “Product of Israel” in your home, you should allow them to go bad before disposing them.

According to the statement issued, the Vaad HaKashrus said, “We would like to inform the public that red peppers sold in the tri-state area and in the Crown Heights neighborhoods, or given out by some organizations giving out food are from shemitta and it’s forbidden to eat them.”

The Shemitta year commenced on the eve of the 6th September 2021, and Shemitta literally means ’sabbatical’. During this year, the Land of Israel takes an enforced “Sabbath rest”. During this year there are restrictions on both the agriculture and trade of products from the Land of Israel. The produce takes on an additional level of holiness which means that it may not be wasted, mistreated, or traded in a usual fashion, and some vegetables become forbidden under Gezerat Sefichin.

Given these considerations, it is preferable to avoid using certain products that are grown in Israel during the Shemitta year and the year following. If one has already made the purchase, the Vaad HaKashrus can be consulted at 917-440-8991.