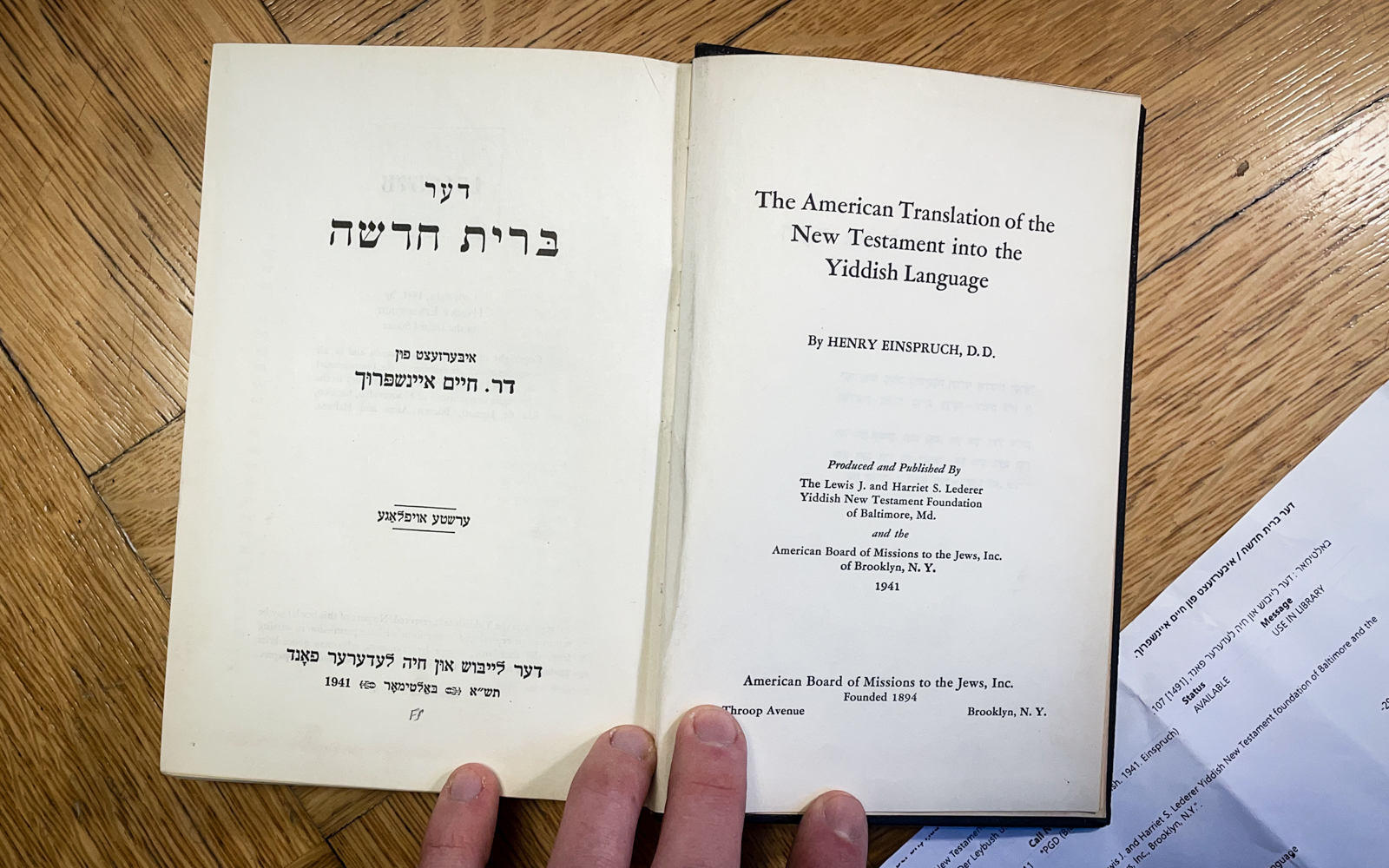 In an attempt to convert the ultra-Orthodox Jewish members of the community in New York to Christianity, some Christian missionary groups in the United States are sending out copies of Yiddish-language Bibles including the New Testament, with the return address on the posted Bibles belonging to a local synagogue.

Homes in Monsey and Spring Valley are being targeted by Christian missionaries, who are sending Yiddish bibles via mail, with the intention of converting ultra-orthodox Jewish members into Christianity.

Beyneynu, a nonprofit in Israel that tracks missionary activity in Jewish communities, first reported these Yiddish Bibles last month, and a rabbi in the area recently confirmed that his congregants had received the Bibles in the mail, but said he could not provide further information.

Please send a whatsapp or email for more information. +1-917-387-4330 or info@beyneynu.com pic.twitter.com/2TyCGP2sgu

Beyneynu’s Shannon Nuszen said the Bibles were marked with the return address of a local synagogue, apparently to disguise the books as a package from the synagogue to trick people into opening them. “They’re so used to getting missionary material, if it doesn’t look kosher, they don’t even open it,” Nuszen said. “It just goes straight in the garbage. But this one, in particular, looked like the [synagogue] was sending out a free [book].” She said it was unclear how many had been sent out, but that copies had been spread “all over the community.”

“In a place like Monsey, you can send them out everywhere and you’ll get them to Jews,” she said. “They can just target everything around there.” The Bibles had phone numbers that Beyneynu said traced back to activists linked to Jews for Jesus, a Messianic Jewish organization. There was also the address of a website with the New Testament in Yiddish and Hebrew.