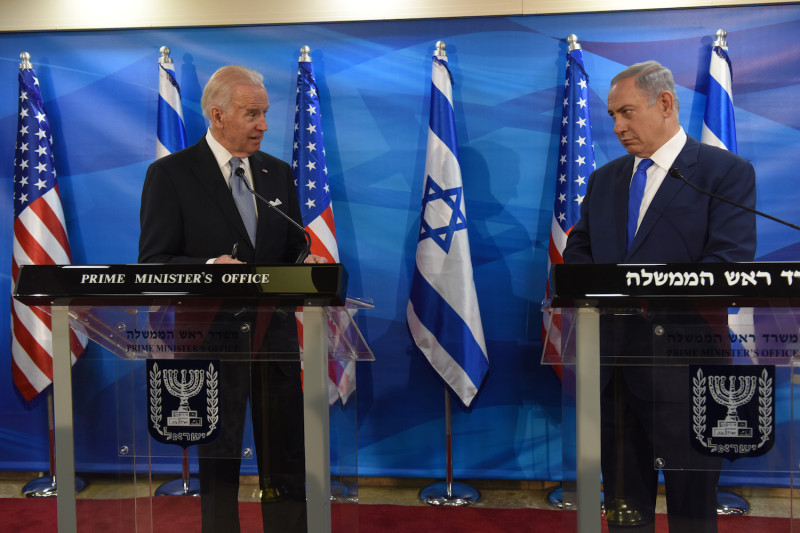 In the first phone call with Israeli Prime Minister Benjamin Netanyahu and another one with President Reuven Rivlin, US President-elect Joe Biden on Tuesday assured the two leaders that the ties between the respective nations will continue to be strong.

Part of several congratulatory phone calls, Israeli leaders Netanyahu and Rivlin also got a chance to speak with the soon-to-be President of the United States- Joe Biden, as a means of further securing the strong ties between the two nations, which President Trump had worked constructively on.

“The president-elect noted that he expects to work closely with the prime minister to address the many challenges confronting our countries,” Biden’s transition team said in a statement following the call. “The president-elect expressed his determination to ensure that the U.S.-Israel relationship is strengthened and enjoys strong bipartisan support.”

Similarly, the Israeli Prime Minister’s office also wrote a statement on Twitter, saying “Prime Minister Netanyahu spoke this evening with US President-elect @JoeBiden,” the tweet said. “In a warm conversation, the President-elect reiterated his deep commitment to the State of Israel and its security.”

Although there are several speculations and reservations regarding how the new relationship with a liberal party will play out, Israeli’s are hopeful that the efforts of President Trump in normalizing relations with Arab nations will be further supported by the new administration.

Earlier, Netanyahu had posted a tweet congratulating President-elect Joe Biden for his victory and had followed it up with another tweet that thanked President Trump for his many contributions towards the benefit of Israel as a nation.

Meanwhile Rivlin, in a statement following the call stated, “As a long-standing friend of the State of Israel, you know that our friendship is based on values that are beyond partisan politics and that we have no doubt that, under your leadership, the United States is committed to Israel’s security and success.” Rivlin added he hoped to work with Biden “to build further bridges and hope across the region as the recently signed Abraham Accords have done.” He invited Biden for a meeting in Jerusalem and asked him to also convey his best wishes to Vice President-elect Kamala Harris.

This being said, in both statements describing the calls with Netanyahu and Rivlin, Biden also emphasized on his support for “Israel’s security and its future as a Jewish and democratic state,” which might be a reference to Biden’s support for a two-state outcome and his opposition to any further Israeli encroachment on areas claimed by Palestinians.

Following the conversation, Netanyahu said in his statement that he and Biden agreed to meet soon in order to strengthen the U.S.-Israel alliance.