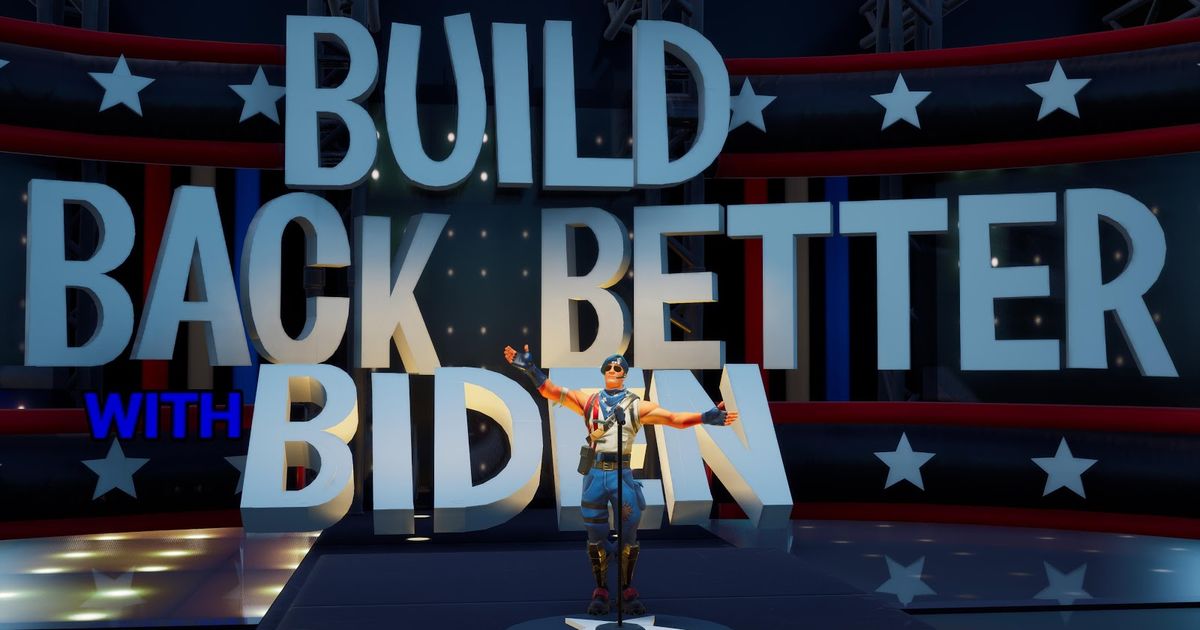 Titled “Build Better Back with Biden”, the Bidden-Harris campaign has launched a new custom map in Fortnite’s “Reboot City’, as a means of gaining traction in the upcoming November 3rd elections.

Claimed to target the promotion of the campaign’s message that the environment and economy are connected, the new addition encourages players to vote and lets them engage in challenges tied to Biden-Harris platform themes. The adventure-map let’s solo players arrive at the “No Malarkey Station”, after which the player can run up to six mini-games centered on such topics as clean energy, eco-cleanup, 5G broadband buildout, and research- the core touchpoints of the Biden campaign.

Announcing the new map on the weekend, when around 92 million citizens had already cast their vote, Biden-Harris digital partnerships director Christian Tom said in a statement to Mashable, “With voting underway and days until Election Day, we are continuing to meet people everywhere they are online and offline with innovative and thoughtful activation. The Fortnite map is aimed at engaging players in a substantive, approachable, and fun way to reach and mobilize voters.”

This being said, an entry into the gaming avenue to mobilise youth voters isn’t a first for the Biden Campaign. Just last month, the campaign launched a virtual Biden field office for voters to visit in NintendoAnimal Crossing: New Horizons, and in September, the campaign introduced Biden-Harris yard signs in the same game.

This latest addition to Fortnite also features signs directing players to visit the Democratic National Committee’s makeaplan.com website and to text “Fortnite” to 30330 to get voting info. The adventures also include “Joe’s Famous Ice Cream Shop” and allows players to go on a scavenger hunt to find all 10 of Sen. Kamala Harris’ sneakers dotted around the virtual city. Apart from these add-ons, the map enables users to help Build a New Research Facility at Champ’s Construction site, Install 3 Scranton Towers, Restore The Aviator River, and Help make Major’s Auto Factory Run Clean.