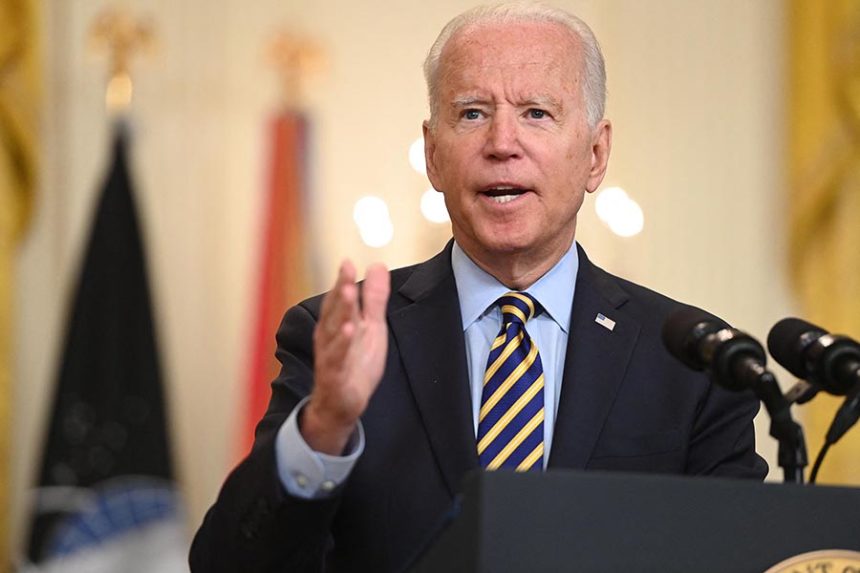 Biden Claims US Evacuation Efforts Accelerating, But Without Any Explanation

In a speech filled with assurance, but no explanation, US President Joe Biden on Sunday delivered an address wherein he stated that the US-led evacuation in Afghanistan is accelerating and that decisions to extend the Aug 31 deadline are underway.

Not giving out the details of how the operation will be accelerated, Biden said 11,000 people had been airlifted from Kabul in a 36-hour period this weekend. The number appeared to include flights by charter and non-U.S. military aircraft as well as the U.S. Air Force C-17 and C-130 transport planes that have been flying daily from the capital. Tens of thousands of people remain to join the airlift, which has been slowed by security issues and U.S. bureaucracy hurdles.

Biden asserted, without a full explanation, that U.S. forces have managed to improve access to the airport for Americans and others seeking to get on flights. He suggested that the perimeter had been extended, widening a “safe zone.”

Then again, he said groups of Americans in Kabul are being moved more efficiently and safely to the airport, but he did not provide details. “What I’m not going to do is talk about the technical changes we’re making to make sure we maintain as much security as we can,” he said. “We have constantly, how can I say, increased rational access to the airport, where more folks can get there, more safely. It is still a dangerous operation but I don’t want to go into the detail of how we’re doing that.” He added, “We discussed a lot with the Taliban. They’ve been cooperative in extending some of the perimeter.”

The President also said discussions are underway among military officials about potentially extending the airlift beyond Biden’s Aug. 31 deadline. “Our hope is we will not have to extend, but there are discussions,” he said, suggesting the possibility that the Taliban will be consulted.

As it stands, the Biden administration has given no firm estimate of the number of Americans seeking to leave Afghanistan, leaving everyone in the dark about the details of the evacuation.