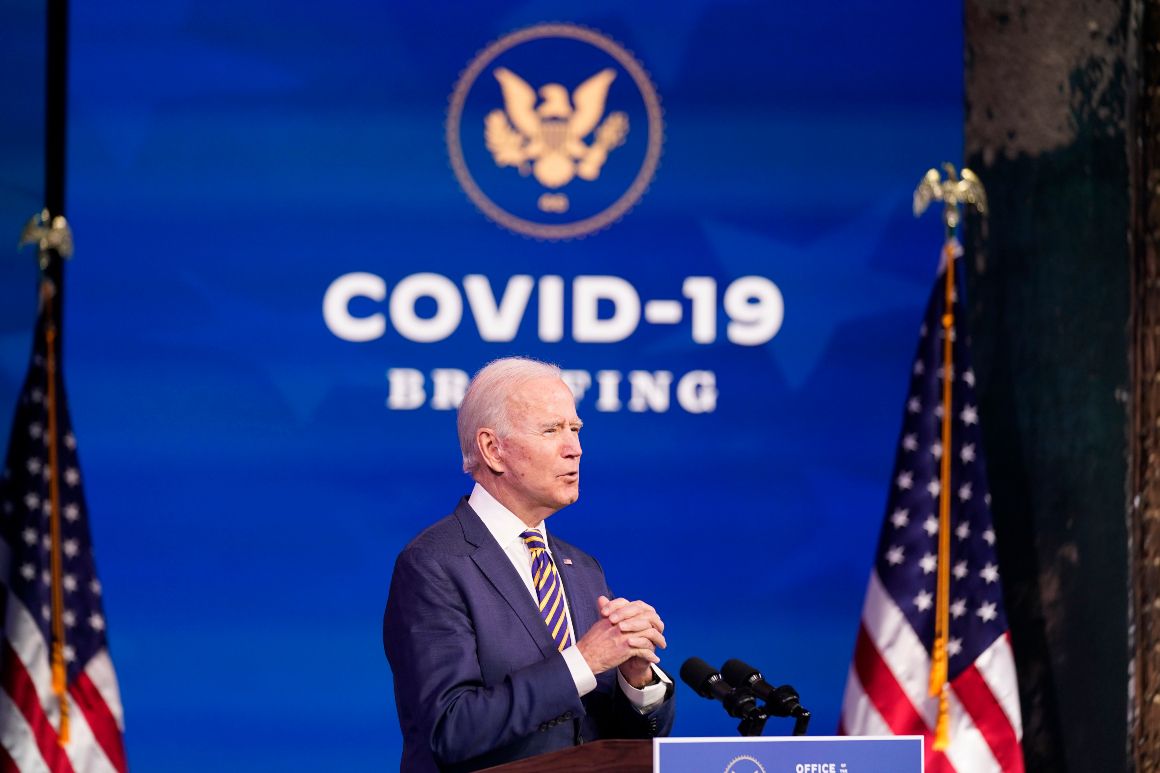 Addressing Americans on Tuesday at Wilmington, Delaware, President-Elect Joe Biden criticized President Trump’s Operation Warp Speed for a slow-paced roll-out of vaccines, despite the President’s gargantuan efforts in funding and approving the vaccine in the first place.

Claiming that he would work towards upping the pace of the vaccine distribution program, President-Elect Joe Biden said, “We need to be honest — the next few weeks and months are going to be very tough, very tough for our nation. Maybe the toughest during this entire pandemic…things will get worse before they get better.”

Slamming the Operation Warp Speed as moving at a slower pace than needed, Biden said, “The Trump administration’s plan to distribute vaccines is falling far behind,” Biden said. As I long feared and warned the effort to distribute and administer the vaccine is not progressing as it should.” With reference to the fact that the Trump administration officials said they planned to have 20 million doses of the vaccine distributed by the end of the year, but according to data provided by the Centers for Disease Control, just over 11.4 million doses have been distributed and only 2.1 million people have received their first dose- Biden said, “it’s gonna take years, not months, to vaccinate the American people.”

Moving forth with the address, the president-elect, who will be taking office on January 20, said he has directed his team to prepare a “much more aggressive effort, with more federal involvement and leadership, to get things back on track.” Biden said he would “move heaven and earth to get us going in the right direction.”

He set a goal of administering 100 million shots of the vaccine within his first 100 days in office but said to accomplish that, the pace of vaccinations would have to increase five to six times to 1 million shots a day. Even with that pace, however, Biden acknowledged it “will still take months to have the majority of Americans vaccinated.”