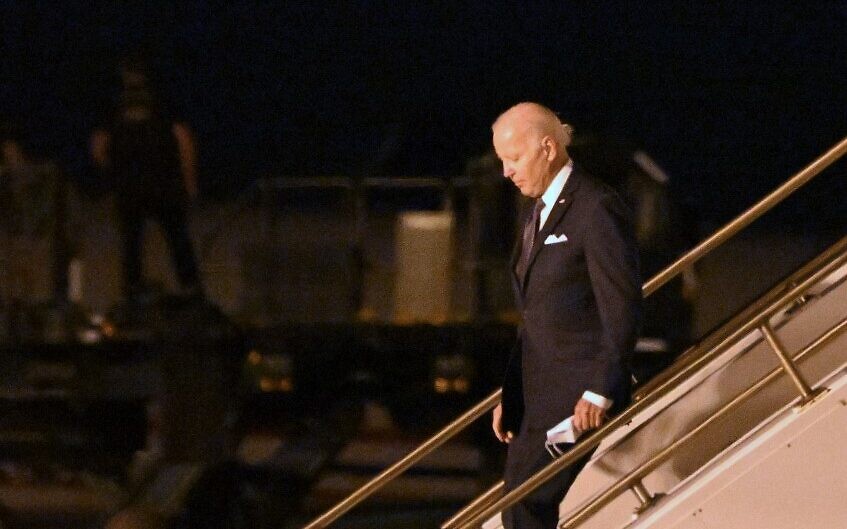 Earlier slated to travel to Israel and the Middle East this month, US President Joe Biden will now most likely shift his plans to July.

According to a report from NBC News, it remains unclear as to what caused the change, as he was planning to visit after stops in Germany and Spain later this month. The change was apparently the result of Biden’s tight schedule during his visit to Europe.

“We are working on a trip to Israel and Saudi Arabia for a GCC+3 Summit,” a senior administration official told NBC News. “We are working to confirm dates. When we have something to announce, we will.” The U.S. officials added that the dates remained in flux and could change again.

As reported by Axios, administration officials are working to expand upon a trip next month to the Middle East, when the president is expected to meet with Israeli and Palestinian officials, and fly to Saudi Arabia.

During his tour of the middle-east next month, Biden is expected to meet with Saudi leader Crown Prince Mohammed bin Salman and the leaders of nine Arab countries, with a possibility of talks that broker a deal between Saudi and Israel.