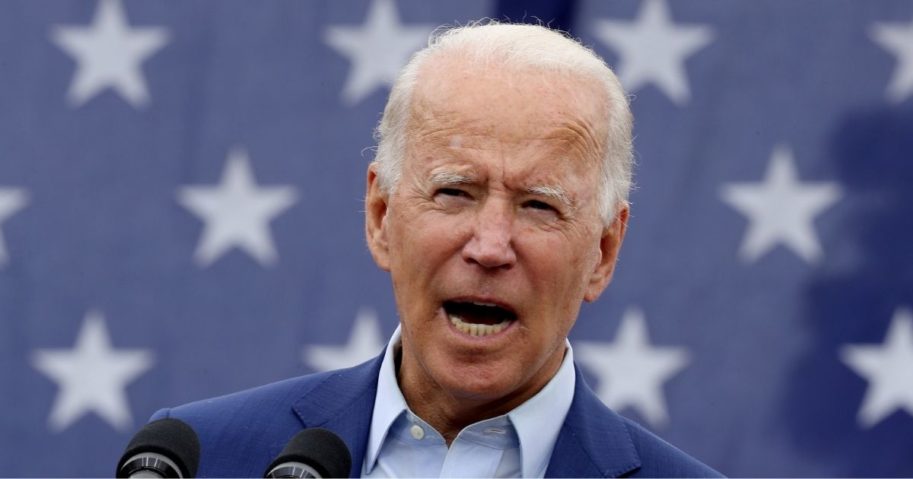 Getting into trouble for a controversial remark in a recent video clip that went viral, Biden was heard saying, “They’re saying, ‘Jeez, the reason I was able to stay sequestered in my home is because some Black woman was able to stack the grocery shelf.”

A clip that was shared by the Democratic presidential candidate on September 29, gained attention recently as it began going viral. The 10-second clip was a snippet of comments that the Democrat made during a Sept. 15 roundtable with veterans in Tampa. Later in the clip, Biden is seen expressing a positive tone in dealing with the problems the country faces, particularly with reference to the coronavirus outbreak. He said that he’s “more optimistic … than I’ve ever been in my whole career.”

Transcribing the video further, in order to understand the context of the comment, Biden was heard saying- “And they say, ‘Well, why in the hell would you say that Biden? You just talked about all these difficulties.’ Well, I’ll tell you why. Because the American public, the blinders have been taken off,” Biden told the roundtable attendees. “They’ve all of a sudden seen a hell of a lot clearer. They’re saying, ‘Jeeze, the reason I was able to stay sequestered in my home is because some Black woman was able to stack the grocery shelf. Or a young Hispanic is out there, these dreamers are out there, 60,000 of them acting as first responders and nurses and docs.’ Or all of a sudden people are realizing, ‘My Lord, these people have done so much. Not just Black, White, across the board, have done so much for me. We can do this. We can get things done.’ And I think they’re ready.”

Joe Biden: “The reason I was able to stay home during the pandemic is because Black women were able to keep the grocery shelves stocked.”

These remarks had gone unnoticed until Monday this week when a storm of Tweets took to criticizing the comment, tagging it extremely insensitive and bashing it for not being brought to the forefront, just as President Trump is continually dragged towards criticism. Turning Point USA senior contributor Rob Smith gave traction to the clip via Twitter, and users slammed Biden’s comments as being “racist” and joking about the Biden campaign calling a “lid.”

“This should spark a lot of conversation about the morality of the lockdowns and how we’ve made lower-income Americans into human shields,” Ricochet editor Bethany Mandel tweeted.

Many Twitter users also suggested that there would be an enormous uproar if President Trump or a Republican were caught saying what Biden said, and this was a classic example of selective outrage in the US.

Imagine the media's reaction if Trump said this. 🤯https://t.co/NPwVz25JS4

As Twitterattis across the country are also pointing out the inadequacy of media houses in reporting these racist remarks as opposed to the constant bashing President Trump has to face, Biden’s campaign denied any comment.