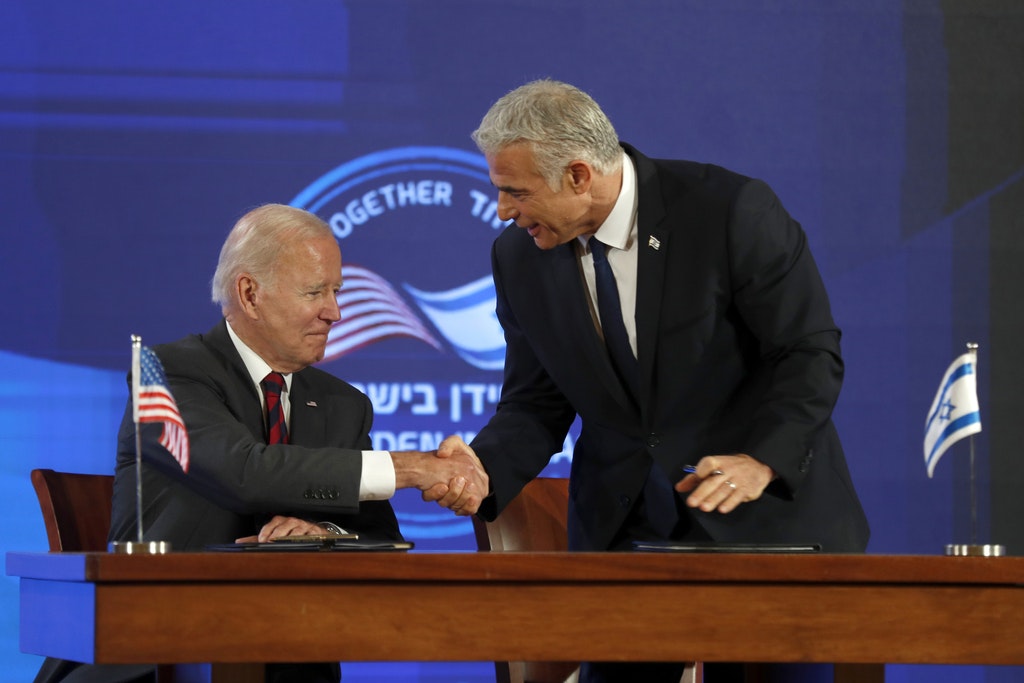 In his visit to Israel, on Thursday, U.S. President Joe Biden and Israeli Prime Minister Yair Lapid signed an agreement to prevent Iran from developing a nuclear weapon.

A move that reaffirmed the U.S. commitment to expanding and supporting peace among Israel and its moderate Arab neighbors, the pledge named “The “Jerusalem U.S.-Israel Strategic Partnership Joint Declaration” states that America pledges to “never to allow Iran to acquire a nuclear weapon and that it is prepared to use all elements of its national power to ensure that outcome.”

The same declaration also affirms the United States’ commitment to “work together with other partners to confront Iran’s aggression and destabilizing activities, whether advanced directly or through proxies and terrorist organizations such as Hezbollah, Hamas, and Palestinian Islamic Jihad.”

The agreement also reiterates the “unshakeable U.S. commitment to Israel’s security, and especially to the maintenance of its qualitative military edge.”

It states that these commitments are “bipartisan and sacrosanct and that they are not only moral commitments, but also strategic commitments that are vitally important to the national security of the United States itself.” This includes a guarantee to uphold the terms of the current historic $38 billion security Memorandum of Understanding. It also commits additional funds for supplemental missile defense aid.