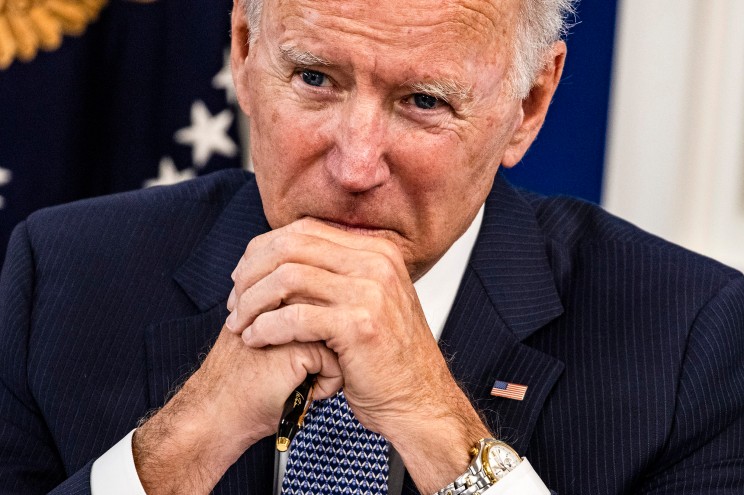 Biden approval rating drops to 38 percent in the latest poll

The trust approval rating of President Joe Biden continues to drop due to his foreign policy fiascos, inability to sell his keynote domestic agendas in his party — and even his handling of the COVID-19 pandemic.

Based on the latest poll conducted by Quinnipiac University and released on Wednesday showed that just 38 percent of Americans approve of the job Biden is doing, down from 42 percent in the same poll three weeks ago and 50 percent approval in mid-February.

“Battered on trust, doubted on leadership, and challenged on overall competency, President Biden is being hammered on all sides as his approval rating continues its downward slide to a number not seen since the tough scrutiny of the Trump administration,” Quinnipiac polling analyst Tim Malloy said in a statement.

The result of the poll showed a downtrend in his handling of major issues.

In addition, just 37 percent approve of the job he is doing as commander-in-chief of the armed forces, while 58 percent disapprove.

The poll surveyed 1,326 adults nationwide between Oct. 1 and Oct. 4. It has a margin of error of plus or minus 2.7 percentage points.