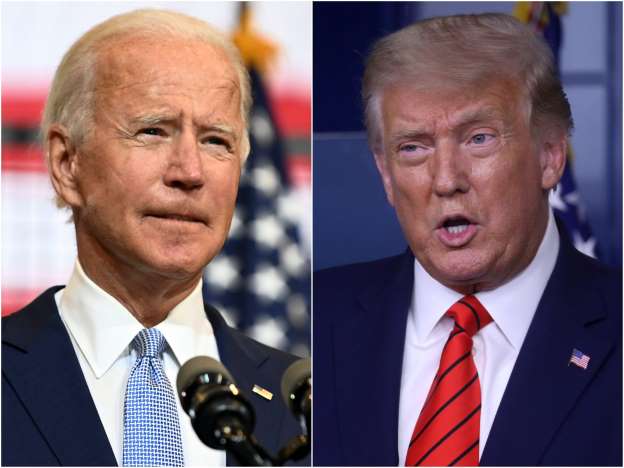 Both, President Donald Trump and Democratic presidential candidate Joe Biden, paid a visit to Kenosha, Wisconsin, earlier this week. Following the police shooting of Jacob Blake, Kenosha has become a boiling pot of protests against racial injustice, which have gotten violent at times. A key location for political leverage and the address of certain impending issues that the country is plagued by, both leaders made an appearance in the city, ahead of the November 2020 elections.

On Thursday, shortly after he and his wife, Jill Biden, arrived in Milwaukee, Biden spoke to Jacob Blake, the 29-year-old Black man who was left paralyzed after a white police officer shot him seven times on Aug. 23, and met with members of his family for 90 minutes.

Relaying the conversation he had with Blake, Biden said, “He talked about how nothing was going to defeat him, how whether he walked again or not, he wasn’t going to give up.”

In contrast to the current President, the former vice president struck a more optimistic chord with the masses, as he sought to allay tensions over violent protests that erupted after police shot Blake, and led to the death of two protesters by a suspected vigilante shooter. Pointing to the strong pursuit for justice by Blake’s family, he said, “What I came away with was the overwhelming sense of resilience and optimism that they have about the kind of response they’re getting.”

While the President refrained from meeting Blake’s family during his visit to Kenosha, he commended the work of the National Guard and the police in showing courage during the protests. Blake’s attorney, Ben Crump, said Biden and his wife’s conversation focused on “changing the disparate treatment of minorities in police interactions, the impact of selecting Kamala Harris as a Black woman as his running mate, and Vice President Biden’s plans for change.”

In his address to the media, Trump took to putting the blame on Democrats for the civil unrest, painting Kenosha’s protests as an example of the “anti-police and “anti-American riots” that would continue if he isn’t re-elected.

Although officials from Kenosha had pleaded both of the leaders not to pay the city a visit at a time that was to be delicately handled, both contenders made the visit. Democratic Gov. Tony Evers had stated in a letter, that he didn’t want either the president or Biden visiting the area. “Candidates can make their own decisions,” Evers said in a call with reporters on Thursday. “I would prefer that no one be here.”

But Biden said he spoke to city leaders and the governor’s staff in planning the visit, with a goal of bringing factions of the community together. “There have been overwhelming requests that I do come,” Biden said Wednesday. “What we want to do is we’ve got to heal. We got to put things together, bring people together.”