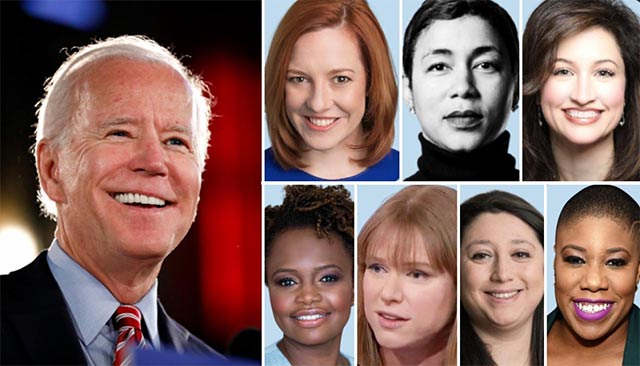 Putting the onus on their promise for a more diverse nation, headed by a diverse group of citizens, President-elect Joe Biden, and his transition team has chosen an all-female Senior Communications team to serve the White House. Among those selected are campaign communications director Kate Bedingfield, Jen Psaki, and Neera Tanden.

Biden has also planned to name Indian-origin Neera Tanden, the president and CEO of the Center for American Progress, a liberal think tank, as director of the Office of Management and Budget.

“I am proud to announce today the first senior White House communications team comprised entirely of women. Communicating directly and truthfully to the American people is one of the most important duties of a President, and this team will be entrusted with the tremendous responsibility of connecting the American people to the White House. These qualified, experienced communicators bring diverse perspectives to their work and a shared commitment to building this country back better.” Biden said in a statement on Sunday, the same day wherein his doctor declared that the President-elect had possibly fractured his foot while playing with his dogs.

Responding to the appointment, Psaki Tweeted, “Honored to work again for @JoeBiden, a man I worked on behalf of during the Obama-Biden Admin as he helped lead the economic recovery, rebuilt our relationships with partners (turns out good practice) and injected empathy and humanity into nearly every meeting I sat in.”