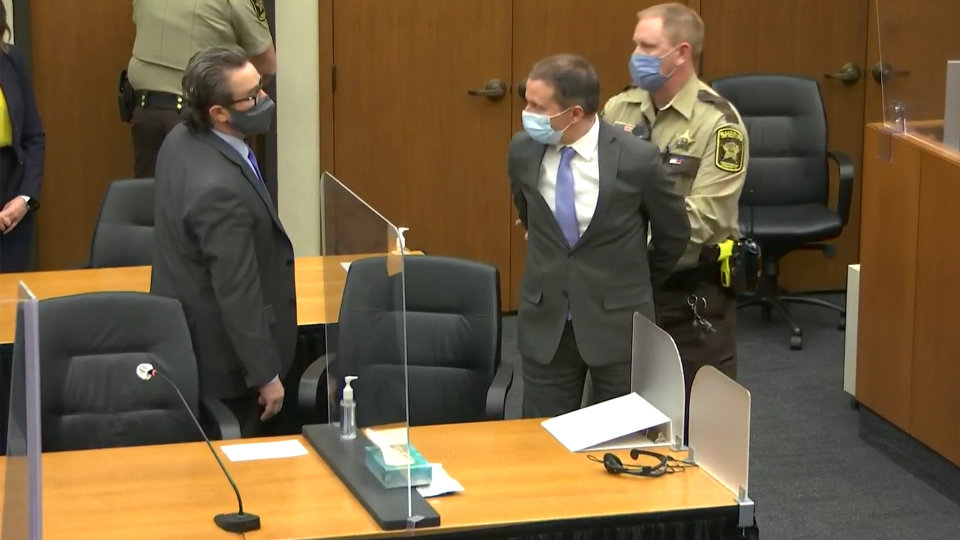 On Tuesday, at long last, guilty verdicts were passes against Derek Chauvin, who was charged with murder and manslaughter in the George Floyd case which had triggered a wave of BLM protests across the nation last year. Commenting on the matter were numerous leaders, celebrities, and citizens, while US President Joe Biden spoke to Floyd’s family saying- “we’re all so relieved.”

Yesterday, Derek Chauvin was convicted of two counts of murder and one of manslaughter in the death of Floyd. Floyd died last May after Chauvin, a white officer, pinned his knee on or close to the 46-year-old Black man’s neck for about 9 1/2 minutes. Biden said he hoped the verdict would give momentum to congressional police reform efforts.

Telephoning George Floyd’s family later, he said of himself and Vice President Kamala Harris: “We’re all so relieved.” Floyd family attorney Ben Crump posted a video on Twitter of a phone call from Biden and Harris to the family. Asked by a family member how he was doing, Biden said, “Feeling better now. Nothing is going to make it all better, but at least now there is some justice.”

“This is a day of justice,” Harris told the family after joining Biden to watch the verdict in the private dining room off the Oval Office.

Meanwhile, former President Barack Obama says the conviction of ex-police officer Derek Chauvin in the death of George Floyd was correct but only one step in the fight for justice. He said in a statement that true justice requires Americans to understand that “Black Americans are being treated differently every day” and that millions live in fear that their next encounter with law enforcement could be their last. Obama said the country needs to follow up on the verdict by taking concrete steps to reduce racial bias in the criminal justice system and to redouble efforts to expand economic opportunity in marginalized communities.

They will stand trial in court together beginning on Aug. 23 in Hennepin County. The men remain free on $750,000 bail.