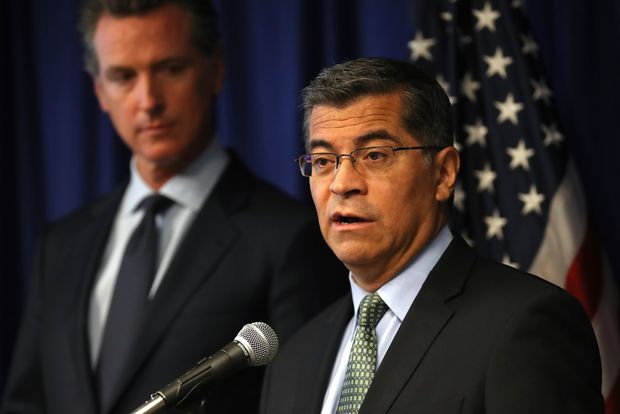 The first Latino to head the Department of Health and Human Services at the most crucial time- amidst the coronavirus pandemic, President-elect Joe Biden has chosen the Californian Attorney General Xavier Becerra to be his health secretary.

When confirmed, Becerra, aged 62, will have under his wing, a $1-trillion-plus agency with 80,000 employees and a portfolio that includes drugs and vaccines, leading-edge medical research, and health insurance programs covering more than 130 million Americans. The pick, which was first reported by the New York Times, is being seen as an initiative to add more diversity into the democrat’s team, as is being seen throughout all nominations in the past two weeks.

Earlier, as California’s attorney general, Becerra had led the coalition of Democratic states defending “Obamacare” from the Trump administration’s latest effort to overturn it, a legal case awaiting a Supreme Court decision next year. Apart from the Affordable Care Act, Becerra has also, in various instances, crusaded against a barrage of President Trump’s legal actions towards environmental, immigration, and Census policies. One of Becerra’s other high-profile legal battles against the Trump administration was in defense of the Deferred Action for Childhood Arrivals, or DACA, program, which allows undocumented immigrants who were brought to the United States as children to stay and work in the country.

A former senior House Democrat, Becerra played a role in steering the Obama health law through Congress in 2009 and 2010. Before he became California’s attorney general, Becerra had served for more than a decade in Congress, representing parts of Los Angeles County. He had also served in the California state assembly after attending law school at Stanford.

When confirmed, Becerra would have to take on a crucial role in the Biden administration, leading its response to the coronavirus pandemic at a time when effective vaccine distribution stands at the forefront of all other health-related concerns.

Meanwhile, Biden, on Sunday, also picked a Harvard infectious disease expert, Dr. Rochelle Walensky, to replace Dr. Robert Redfield as head of the Centers for Disease Control and Prevention. Walensky is a leading infectious disease specialist at Massachusetts General Hospital and has devoted her career to combating HIV/AIDS.