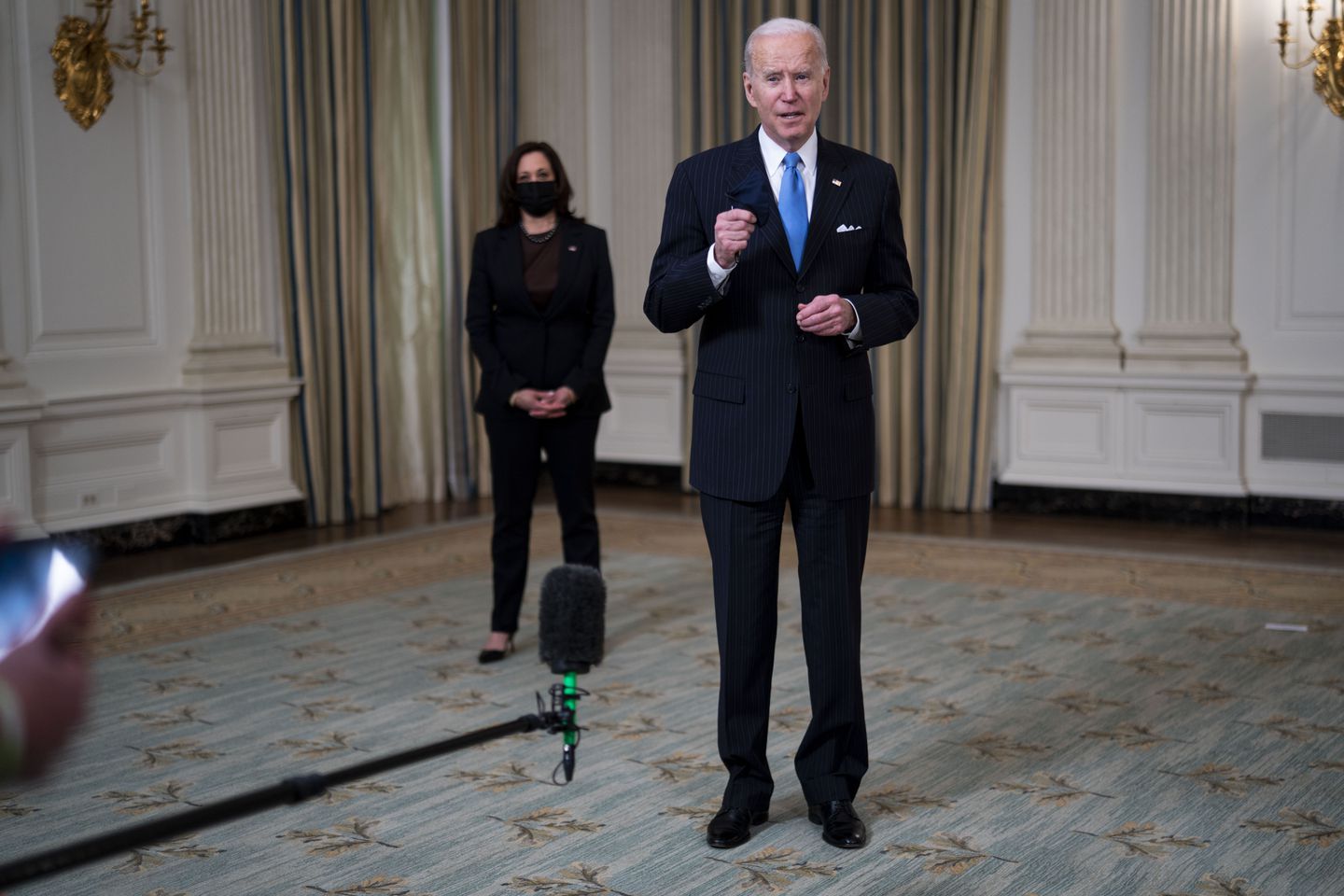 Biden Promises Vaccination For All Adults By End of May

On Tuesday, US President Joe Biden vowed that the United States will have enough COVID-19 vaccines for its adult population by the end of May.

As the country still tops the charts of COVID-19 infections, with over 516,000 fatalities and over 28 million confirmed infections, Biden, on Tuesday announced a major deal for pharma giant Merck to produce the vaccine shot developed by its rival Johnson & Johnson, hailing the accord as “the type of collaboration between companies we saw in World War Two.”

The Johnson & Johnson vaccine had been deemed as a game-changer, given that it just requires one shot, making it a lot easier to administer in a mass inoculation drive as compared to the Moderna and Pfizer vaccines. “We’re now on track to have enough vaccine supply for every adult in America by the end of May,” said the US leader — who previously targeted late July to amass sufficient doses to inoculate all Americans.

“That’s progress. Important progress. But it is not enough to have the vaccine supply,” Biden said, stressing that a huge effort still lay ahead to administer the vaccines once acquired.

Meanwhile, the state of Texas took the contentious step Tuesday of lifting its mask mandate, amid dire warnings from US health authorities against states rolling back steps taken to restrict the spread of the pandemic- becoming the first state in the country to have done so. Texas governor Greg Abbott lifted a state mask mandate and authorized businesses to open the state “100 percent.”

“Now is not the time to let up,” warned the president, calling on Americans to keep social distancing and wearing masks, even as new coronavirus cases fall and more are vaccinated. For nearly half a year, most businesses have been open either 75 percent or 50 percent and during that time, too many Texans have been sidelined from employment opportunities. Too many small business owners have struggled to pay their bills… This must end. It is now time to open Texas 100 percent,” he said, as the crowd cheered for him.

Furthermore, a survey over the weekend, known as the national Harris Poll found a significant uptick in positive sentiment about the pandemic — and a drop in fears of the virus. More than half, or 52 percent, of the 2,000 adults surveyed said they are not afraid of dying as a result of catching COVID-19, the highest mark since July 2020.