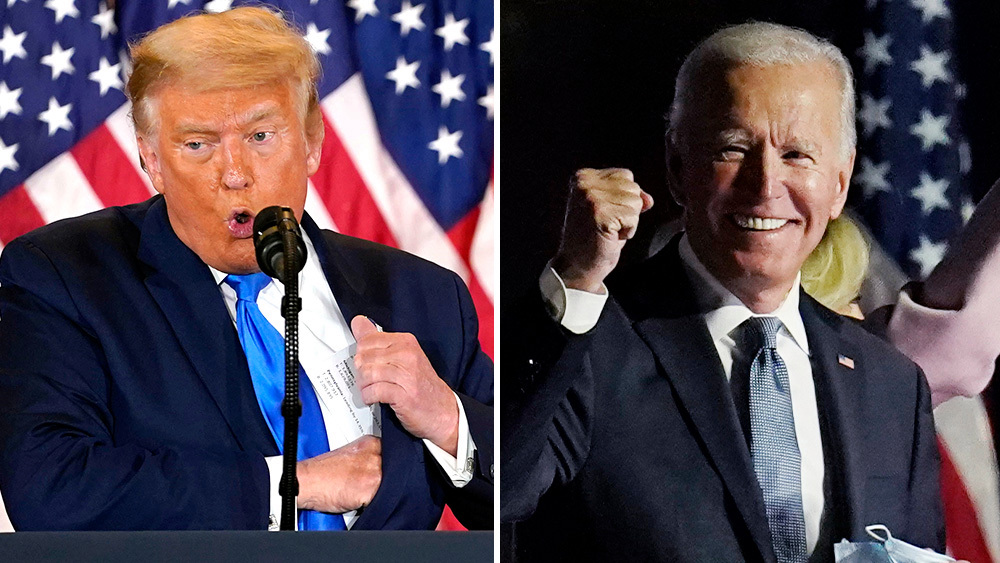 In a massive blow to President Donald Trump, Former Vice President and Democratic Presidential candidate secured a stack of electoral votes from both- Arizona and Wisconsin, as confirmed on Wednesday.

Amidst the mix-up, confusion, and delays in the 2020 Presidential Election results, a possible legal battle is taking root between the two campaigns. As Biden swept two crucial swing states, President Trump’s campaign swiftly demanded a recount in Wisconsin and filed a lawsuit in Michigan to stop ballots from being counted.

Nearing the 270 mark 264 electoral votes to his name, especially with these two states, Biden secured a narrow 49.6% victory in Wisconsin- a battle too close to President Trump’s percentage points of 48.9%. With just an approximate 25000 vote difference, the Trump campaign has demanded a recount.

Meanwhile, in Arizona, Biden took the lead with a total of 50.7% votes. Biden’s win here is being considered historic, especially since the State has not elected a Democratic presidential candidate in the last 72 years. Arizona is among the more than half a dozen states that will help determine which candidate gets the 270 electoral votes to capture the White House.

To maintain the security of their pool of votes, the Biden campaign has launched a “fight fund” designed to ensure votes are properly counted. “To make sure every vote is counted, we’re setting up the largest election protection effort ever assembled,” Biden tweeted. “Because Donald Trump doesn’t get to decide the outcome of this election — the American people do.”

What remains now are the key states of North Carolina, Pennsylvania, and Georgia, where last-minute Supreme Court decisions allowed each state to extend the deadline for when officials received ballots. This decision would potentially delay tallies until Friday for Pennsylvania and Nov. 12 for North Carolina. The Trump campaign, in response to this mismanagement, is suing the state of Pennsylvania to overturn the 4-4 decision allowing Pennsylvania to maintain its ballot extension, whereas the Democrats want otherwise.

Taking to Twitter, President Trump claimed that his campaign was bound to secure victories in Pennsylvania, North Carolina, and Georgia, adding that Michigan was still in play if “there was a large number of secretly dumped ballots as has been widely reported.”

As of late last night, Biden has secured a 50 point lead over the incumbent President Trump with the former having 264 electoral votes and the latter securing 214.