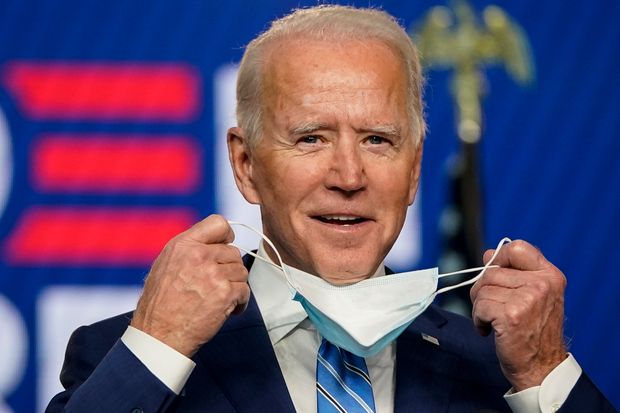 Biden To Take Vaccine Today While President Trump Holds Back

Moncef Slaoui, the chief adviser of Operation Warp Speed, on Sunday, told CNN that those who have contracted the infection earlier must still be vaccinated against the coronavirus, drawing attention to the fact that President Trump must also do the same. Whilst the President has made no indications of taking the vaccine, spokespersons have claimed that the President would take the shot when the time is right.

With President-Elect Joe Biden scheduled to take a shot today, President Trump is now one of the only senior-most U.S. officials who has not received the first of two vaccination shots. Vice President Mike Pence, House Speaker Nancy Pelosi, D-Calif., and Senate Majority Leader Mitch McConnell, R-Ky., all were given doses Friday. “When the time is right, I’m sure he will remain willing to take it,” said White House spokesperson Brian Morgenstern on Friday. “It’s just something we’re working through.”

Speaking to CNN’s “State of the Union” on Sunday, Moncef Slaoui, the chief adviser of Operation Warp Speed, said that the vaccine is safe for those who have recovered and offers stronger and potentially longer protection than does the virus itself. “We know that infection doesn’t induce a very strong immune response and it wanes over time. So I think, as a clear precaution, it is appropriate to be vaccinated because it’s safe. I think people should be vaccinated, indeed,” he said.

Despite the coronavirus claiming 317,000 lives in the United States, there are still reservations regarding the vaccine, as people are fearing adverse reactions to the shot, as seen over the past few days. In order to build confidence amidst citizens, all key officials have taken their shots publicly, while President Trump has, till now, refrained from taking the vaccine.

The White House says he is still discussing timing with his doctors, especially since he was hospitalized with COVID-19 in October and given an experimental monoclonal antibody treatment that led to his swift recovery. A Centers for Disease Control and Prevention advisory board has said people who received that treatment should wait at least 90 days to be vaccinated to avoid any potential interference.

This being said, The CDC’s Advisory Committee on Immunization Practices said the Pfizer-BioNTech vaccine, which was the first to receive authorization, “is safe and likely efficacious” in people who have been infected with COVID-19 and “should be offered regardless of history of prior symptomatic or asymptomatic SARS-CoV-2 infection.”

Responding to this conundrum, Surgeon General Jerome Adams stated that “From a scientific point of view, I will remind people that the president has had COVID within the last 90 days. He received the monoclonal antibodies. And that is actually one scenario where we tell people maybe you should hold off on getting the vaccine, talk to your health provider to find out the right time.”