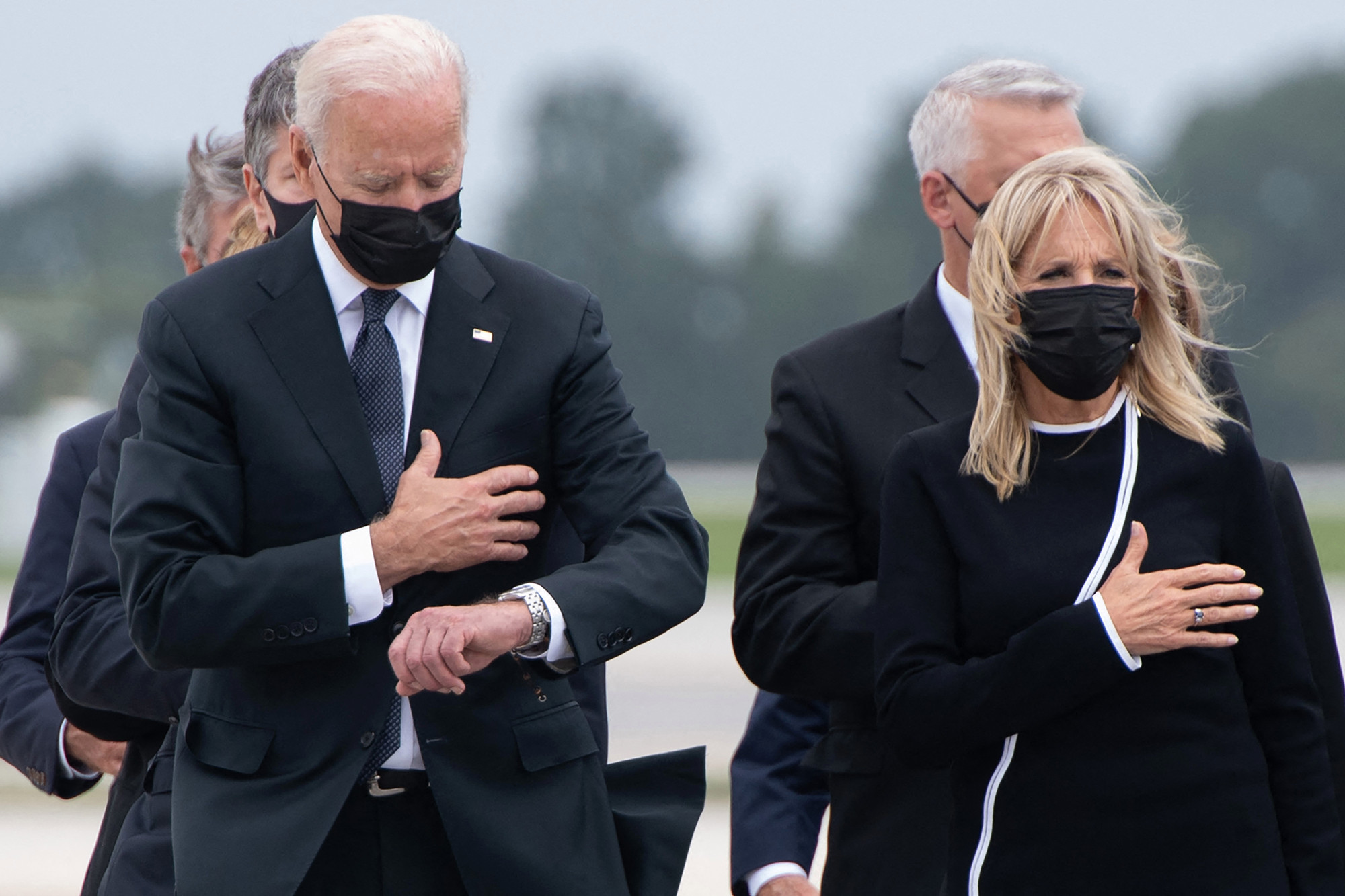 Several veterans, Republican politicians, and conservative commentators criticized President Joe Biden for apparently glancing at his watch during a solemn ceremony at Dover Air Force Base in Delaware for the 13 US troops killed in the terror attack near the Kabul airport on Sunday.

The critics said the gesture of Biden is a show of disrespect in a somber military ritual of receiving the bodies of fallen service members who died in foreign combat.

They said Biden’s action has shown that he is not too comfortable attending the “dignified transfer” movement of the dead soldiers.

“Looks like he was being inconvenienced by having to show some respect for these American Heros [sic],” Samuel Williams, a disabled US Army veteran, said on Twitter.

“It’s true. Joe Biden checked his watch during the dignified transfer of the servicemembers killing in Afghanistan at the airport,” columnist Nicholas Fondacaro wrote.

“You can see him jerk his left hand to pull the watch out from under his sleeve, then look down at it,” Fondacaro added.

Foreign policy analyst Nile Gardiner, director of the Margaret Thatcher Center for Freedom at The Heritage Foundation, said “there is nothing more important than paying your respects to America’s fallen war heroes, Mr. President.”

Before their untimely death, the dead soldiers were assisting with the evacuation of Americans and Afghans after the swift fall of the country’s government.