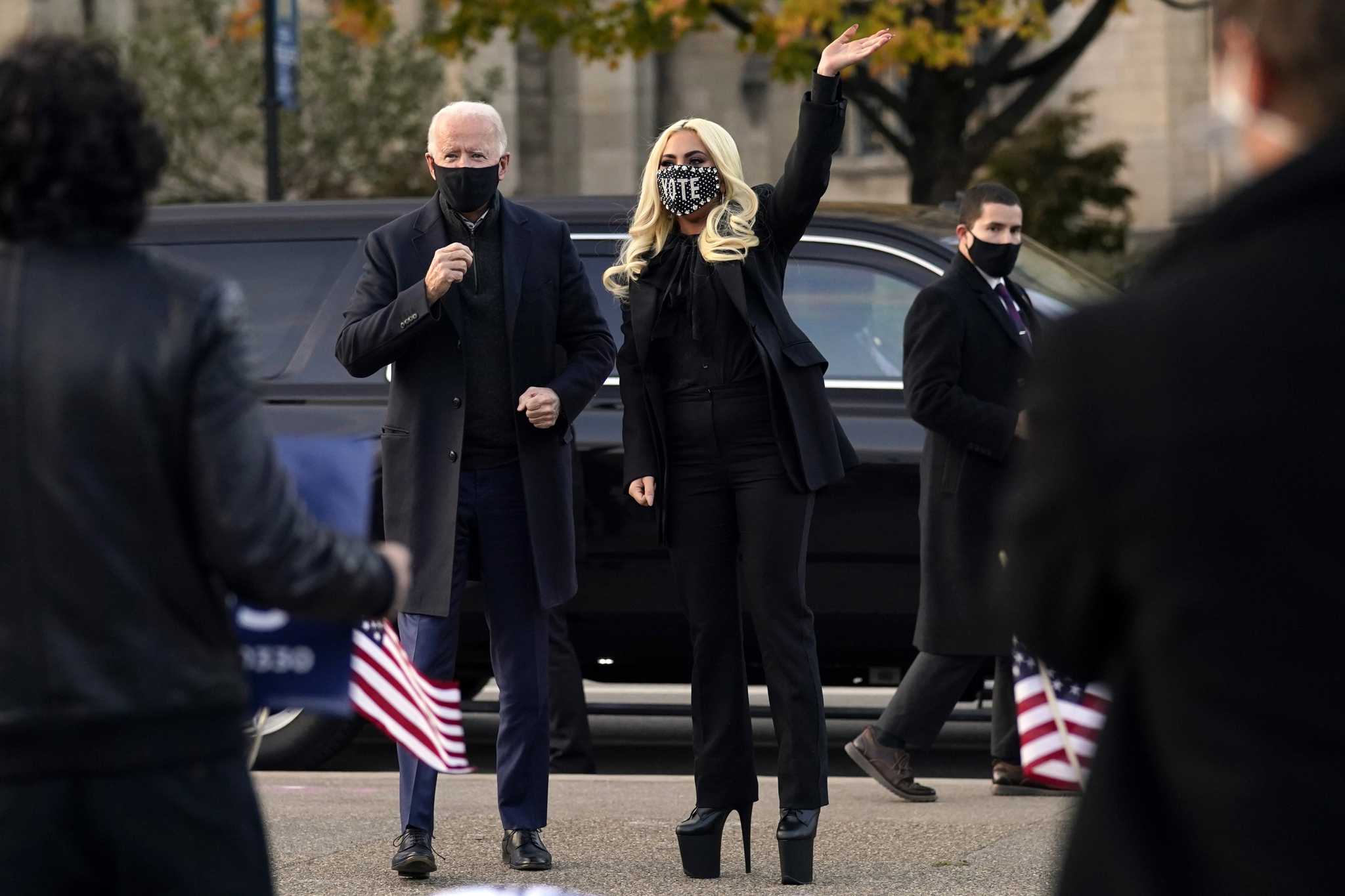 Claiming that the Democrats are set to see a big win in this year’s presidential elections,  candidate and former Vice President Joe Biden, alongside popstar Lady Gaga concluded his campaign trail at Pittsburg in a final drive-in rally.

Spending his last day at Pennsylvania, which is one of the most important battlegrounds that will help seal the fate of the winner of today’s elections, the 77-year-old addressed  his supporters at the final Pittsburg rally, saying,“Folks, I have a feeling we’re coming together for a big win tomorrow.”

Several pollsters have predicted that the battle for the Keystone state will be neck-to-neck, and the latest RealClearPolitics polls have shown Biden to have a lead of 2.5 percentage points, as of late Monday.

Slamming President Trump’s handling of the coronavirus and referring to the current surge in cases, Biden criticized the Republican government’s constant attacks on the Affordable Care Act or ObamaCare, and accused him of acting like “Russian leader Vladimir Putin’s puppy.” The candidate, on Election Eve said, “It’s time for Donald Trump to pack his bags and go home. The vast majority of Americans are done with the chaos, the corruption, the failure, the irresponsibility, the indifference to American lives, the indifferences to America’s dignity.”

Vouching from support in a final push for votes, Biden exclaimed “In 2008 and 2012, you placed your trust in me and Barack. In 2020, I’m asking and seeking your trust again. I take nothing for granted.”