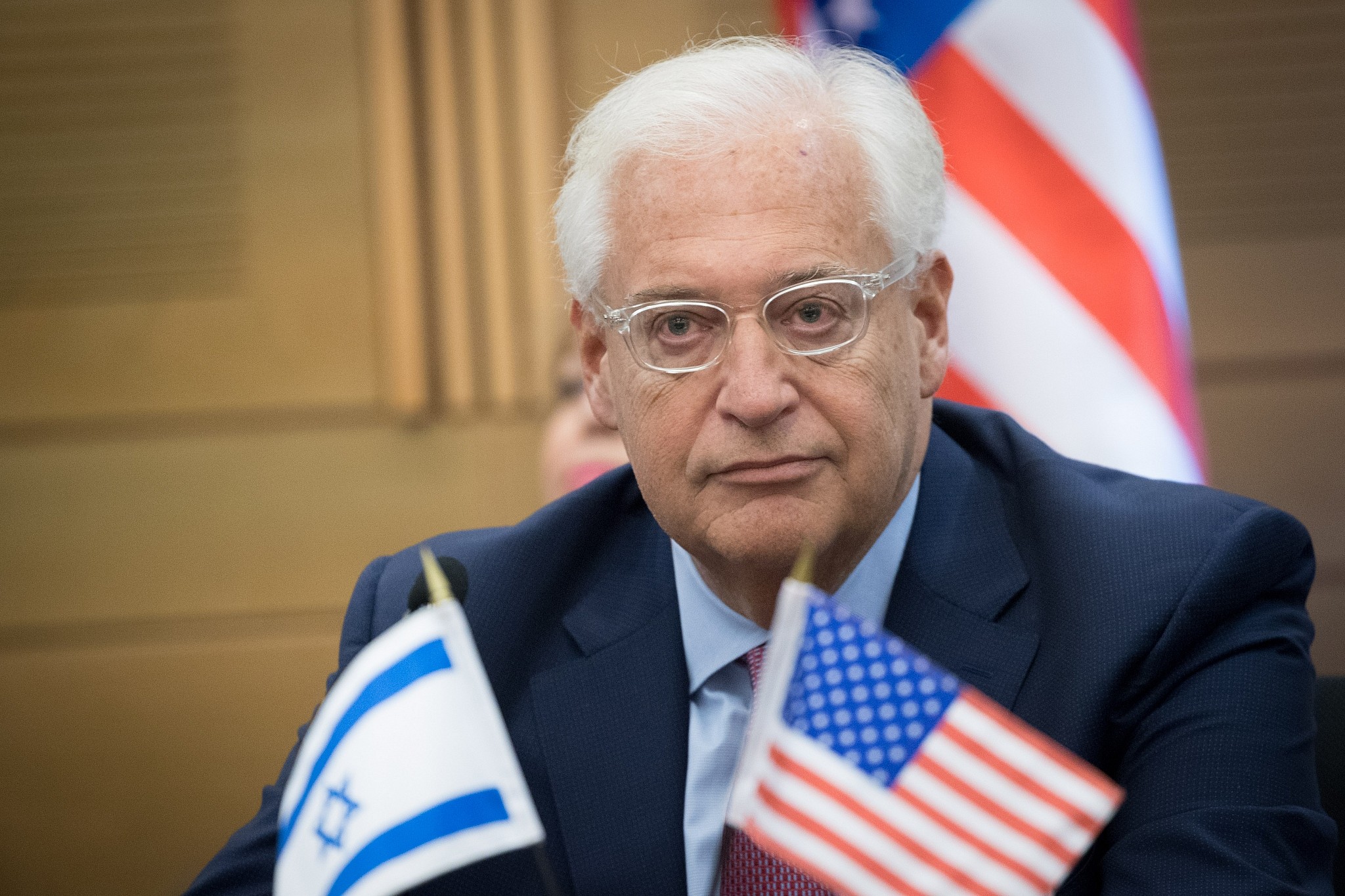 Biden’s Win May Damage Israel and the Gulf: US Ambassador to Israel

Hinting at the adverse effects of a possible democrat win in the November elections, US Ambassador to Israel David Friedman on Sunday told a United Arab Emirates news site that in the event of Hoe Biden winning the presidency, the American policy on Iran would shift in a way that would be damaging to Israel and the Gulf states.

In an interview with al-Ain, a UAE-based news portal, Friedman stated that Iran was and would be at the center-stage of the elections and that a possible democratic intervention in the issue would spell nothing but damage for Israel and the Gulf. Claiming it to be the most “most consequential issue of the election” Friedman was seen saying “As you know, Joe Biden was part of the Obama administration that negotiated and implemented the Iran deal, something that President Trump — and I share his view — thinks was the worst international deal the US has ever entered into…It created a path for Iran to get a nuclear weapon,” in an excerpt from the interview, which was released by the media house on Twitter.

In May 2018, President Donald Trump withdrew from the deal that gave Iran relief from sanctions in return for UN-verified guarantees that it is not seeking nuclear weapons. The Trump administration and Israel had expressed concern that the deal would give more power to Iran, increased its support for terror, and had a sunset clause that would ultimately allow Iran the bomb.

Since President Trump came into power and broke the said accord, his administration has imposed a series of sanctions on Iran, which have further crippled its already struggling economy. “We are in a very good place in terms of the sanctions we have imposed upon Iran, and we think if we continue down this path, Iran will have no choice but to end its malign activity,” Friedman said.

“We worked really hard to get Iran, I think, to a much better place. I would hate to think a new administration would undermine that but, regrettably, if Biden wins, I think they might,” he added.

Elaborating on the possibility of Biden causing a mishap on the Gulf-front, Friedman added “If Biden wins, we will see a policy shift that in my personal opinion will be wrong and will be bad for the region, including for Israel, Saudi Arabia, the United Arab Emirates, Bahrain, Qatar, and Kuwait.”