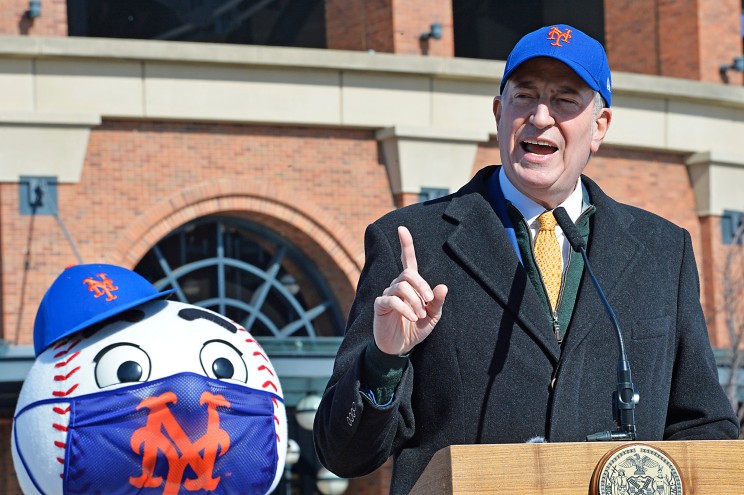 It is safe to say that under the administration of New York City Bill de Blasio sports teams in the Big Apple have struggled big time.

According to reports, de Blasio is the first NYC mayor in more than a century who won’t celebrate a single championship by any of Gotham’s major sports teams.

Except for de Blasio, NYC’s previous 14 mayors over the past 100 years saw at least one of the 49 NFL, MLB, NBA, or NHL titles earned by city teams over that period.

Records have shown that since de Blasio started his term of office in 2014, no NYC-based sports team has won a championship.

Sources said out of the city’s mayors the past 100 years, Fiorello La Guardia saw the most championships with 9, Robert Wagner Jr. was second, with 7, and Yankees superfan Rudy Giuliani third, with 5. Even Joseph V. McKee, who only served as interim mayor a mere four months at the end of 1932, was in office long enough to celebrate a Yankees World Series title that season.