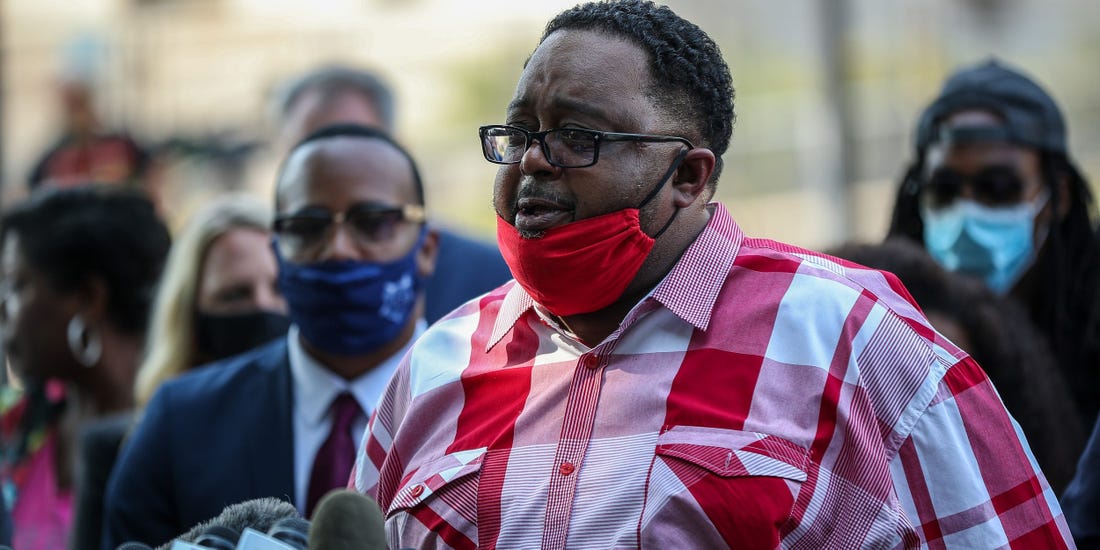 Blake Is Handcuffed To His Hospital Bed: Says Family

In a seemingly unsettling statement made by Jacob Blake’s family, it has been brought to attention that the 29-year-old man, who remains hospitalized after sustaining multiple bullet injuries, is now handcuffed to his bed.

According to Blake’s uncle, when the victim’s father visited the Wauwatosa, Wisconsin hospital where his son was recovering from surgery, he was taken aback as he saw Blake in handcuffs, chained to the bed. Supposedly paralyzed due to the seven bullets shot right at him, Blake’s father was extremely “heartbroken” to see that his son was handcuffed without any plausible reason.

“This is an insult to injury. He is paralyzed and can’t walk and they have him cuffed to the bed. Why?” Justin Blake, the uncle of the victim said while talking to the media. After the incident that took place last Sunday, Blake has been under critical care and has been in the hospital ever since. The officer who shot him 7 times has been identified by state investigators and the proceedings are underway.

Kenosha police and sheriff’s department, as well as the district attorney’s office, did not immediately respond to a request for comment regarding the use of the handcuffs. The administration and spokespersons at the Froedtert Hospital, where Blake is being treated, deferred the media’s questions and concerns to the Wisconsin Department of Justice.

Having no idea as to why Blake had been cuffed, Wisconsin Gov. Tony Evers said in a news conference that he “couldn’t imagine” why Blake was handcuffed. “I would have no personal understanding of why that would be necessary. I would hope that we would be able to find a better way to help him (Blake) … in recovering. That (restraining him) seems counterintuitive. It seems to be bad medicine.” Evers said, answering a reporter’s question.

On Wednesday, the Wisconsin law enforcement officials leading the investigation finally offered their first version of events, leaving major inconsistencies in its timeline.

Andrew Yang, a former Democratic presidential candidate spoke to Blake’s father and was told that Blake was conscious but angry and upset over the fact that he was restrained. In an interview with CNN, Yang claimed that Blake’s father used the word ‘chains’, claiming that his beloved son was chained up. “When asked what message I could share on his family’s behalf, #JacobBlake Sr. said to me, ‘Tell them my son is a human being,'” Yang tweeted about his conversation with Blake’s father.

The shooting of Jacob Blake has reignited the cause for a crusade against police brutality and racial discrimination in the US, spurring nightly protests, and a number of strikes across the sports world.