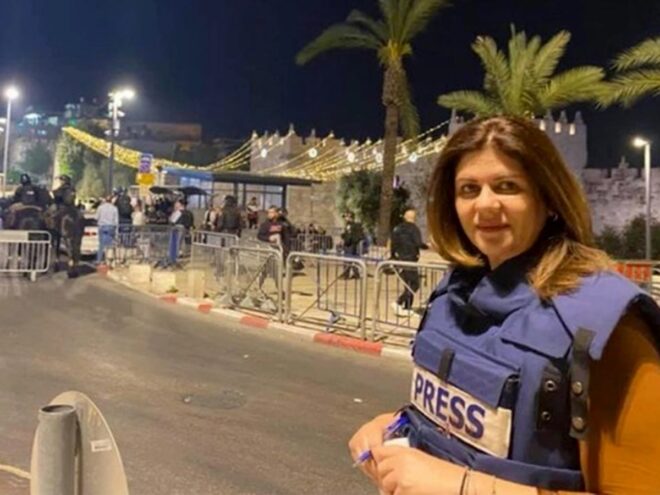 On Tuesday, Secretary of State Antony Blinken met with the family of Palestinian-American reporter Abu Akleh, who was killed while covering an Israeli raid in the occupied West Bank.

According to the State Department, Blinken met with Akleh’s relatives and vowed that the U.S. would demand “accountability” for her death. “The secretary is deeply appreciative of the opportunity to meet with Shireen’s family,” State Department spokesman Ned Price told reporters. “Not only was she an American citizen, she was a reporter whose fearless pursuit of the truth earned her the profound respect of audiences around the world.”

Price said Blinken would use the meeting “to underscore for Shireen’s family our deepest condolences on her tragic death and to reiterate the priority we attach to accountability, something we continue to discuss with our Israeli and Palestinian partners as well.”

As far as the promise of accountability is concerned, after reviewing investigations by Israeli and Palestinian authorities, the U.S. concluded on July 4 that Abu Akleh was likely killed by Israeli fire, although not intentionally.

Her family also released a statement this week, saying,” We are in Washington, D.C., to insist on a thorough, credible, independent, and transparent U.S. investigation into the Israeli military’s killing of our dear Shireen,” the family said in a statement. It called the July 4 U.S. conclusion “an affront to justice” that “enabled Israel to avoid accountability for Shireen’s murder.”

“This is totally unacceptable to us,” they said. “If we allow Shireen’s killing to be swept under the rug, we send a message that the lives of U.S. citizens abroad don’t matter, that the lives of Palestinians living under Israeli occupation don’t matter, and that the most courageous journalists in the world, those who cover the human impact of armed conflict and violence, are expendable.”