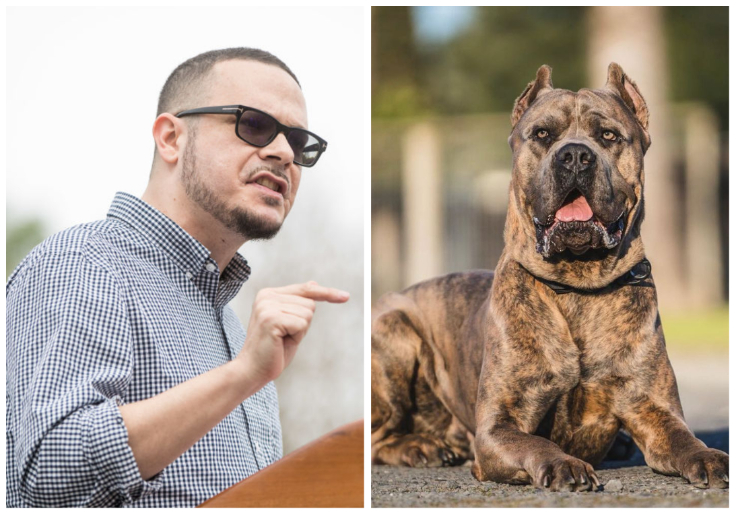 BLM Activist Bus $40,000 Dog From Donation Funds, Blames Purchase on NYC For Not Letting Him Buy A Gun

After coming under fire for purchasing a designer guard dog for a whopping $40,000 Shaun King, a Black Lives Matter activist explained rather poorly that he spent the exorbitant sum from donor money to defend his family because New York City “won’t even allow me to have a gun.”

King used funds from his political action committee to buy the canine, citing concerns about “white supremacist threats”. King wrote on Instagram Tuesday that he requires a guard dog because “New York City won’t even allow me to have a gun” and “New Jersey doesn’t have stand your ground laws and hardly allows you to even own guns.”

He added that the $40,000 is “not even close” to what it really takes to keep his family safe. “I need you to know this so that you understand why our family not only needs a guard dog at home, but 24/7 security wherever we go,” King wrote. “White supremacists and people who’ve meant my family harm have now shown up to our last three homes. Multiple times.”

“I’ve had hundreds of death threats — including from police, military snipers, and white supremacist groups…So know this, when you see reports about the money it costs to keep me and my family safe, it’s nowhere near enough,” King added. “Not at all. Not even close.⁣”

King has been at the forefront of the “defund the police” movement, having raised nearly $4 million to elect radical leftist politicians who will “fight to end mass incarceration and police violence.” So it might seem ironic that he wishes for his own safety and slaps his donors in the face by buying a guard dog out of their money which they thought would go to a cause relevant to them.