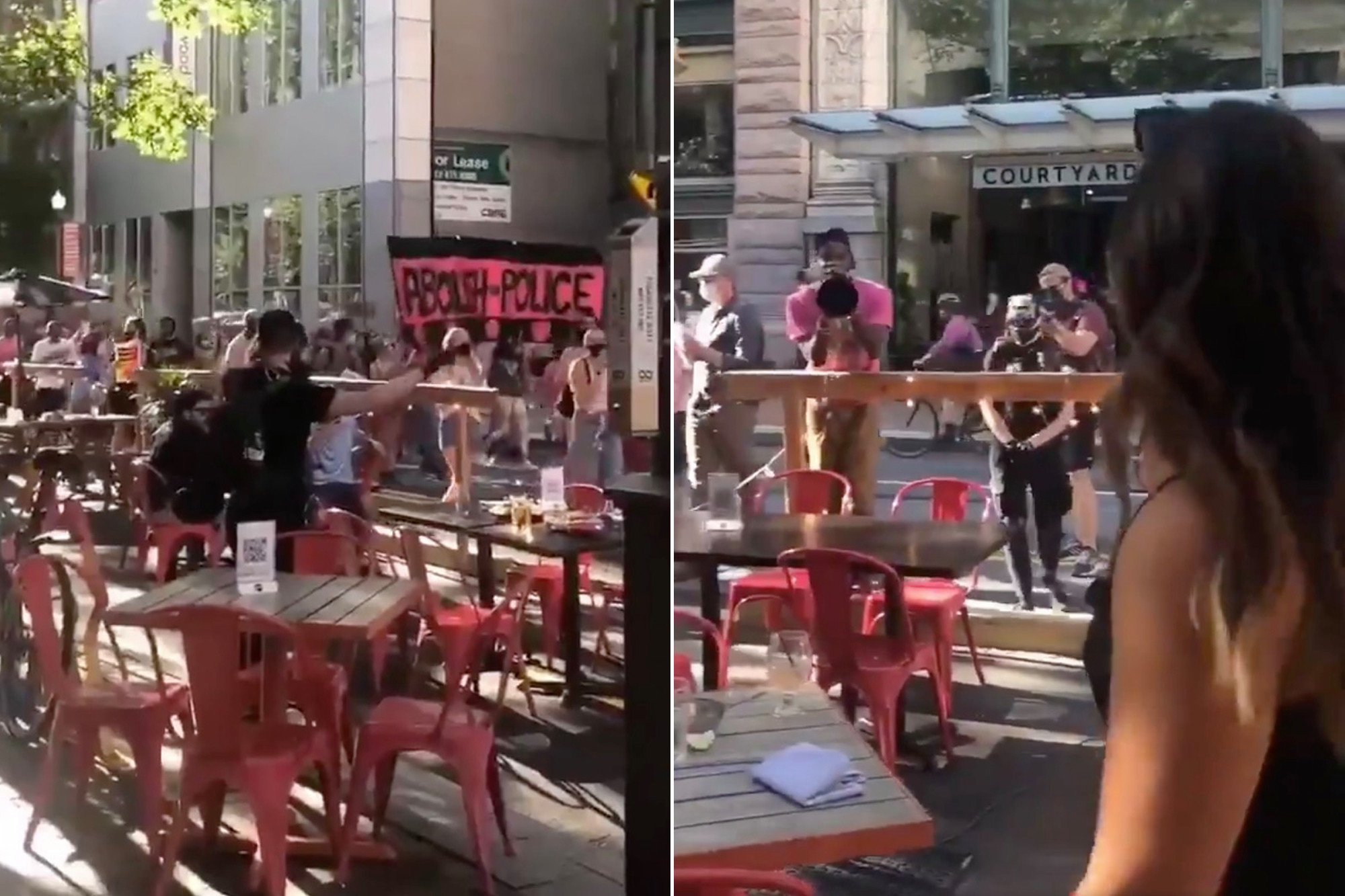 A swathe of Black Lives Matter Campaigns has taken the nation by a storm, making serious demands in ending racial injustice and police brutality. Although these protests are primarily targetted towards bringing about a positive change to the law enforcement landscape of the USA, protesters went off track and harassed a few Pittsburgh diners yesterday.

An unruly group of Black Lives Matter protesters harassed white diners over the past three days in Pittsburgh, Pennsylvania, hurling insults. Amidst the chaos, one demonstrator also stole a drink off one pair’s table.

Protests have raged across the country since the Memorial Day death of George Floyd, a black Minneapolis asphyxiated beneath the knee of a white police officer. The subdued protests had been sparked off again, following the death of Daniel Prude in Rochester, New York, and the police shooting of Jacob Blake in Kenosha, Wisconsin. While Prude was killed at the hands of the police, wearing nothing but a spit hood, Jacob Blake was shot seven times before he returned to his vehicle, leaving him paralyzed.

According to cellphone footage posted on Twitter, protesters are seen converging on a restaurant’s outdoor dining area saying, “F–k the white people that built the system.” It was also noted that while one demonstrator was yelling at the diners, some grabbed their belongings and walked away.

The group approached an older man and woman who stayed put, with a female protester clad in a shirt reading “Nazi Lives Don’t Matter” reaching onto their table, grabbing a drink, downing it, and walking away as the patrons look on in disbelief.

A second video shows demonstrators smacking a white bicyclist. The protesters then faced off against police outside the home of Mayor Bill Peduto, according to the Pittsburgh Post Gazette.

Law enforcement officials are investigating the two incidents that were recorded on video, and have apparently gone viral. No arrests have been made yet, but according to several local media reports, this tactic of browbeating outdoor diners has been incorporated in the other cities as well.