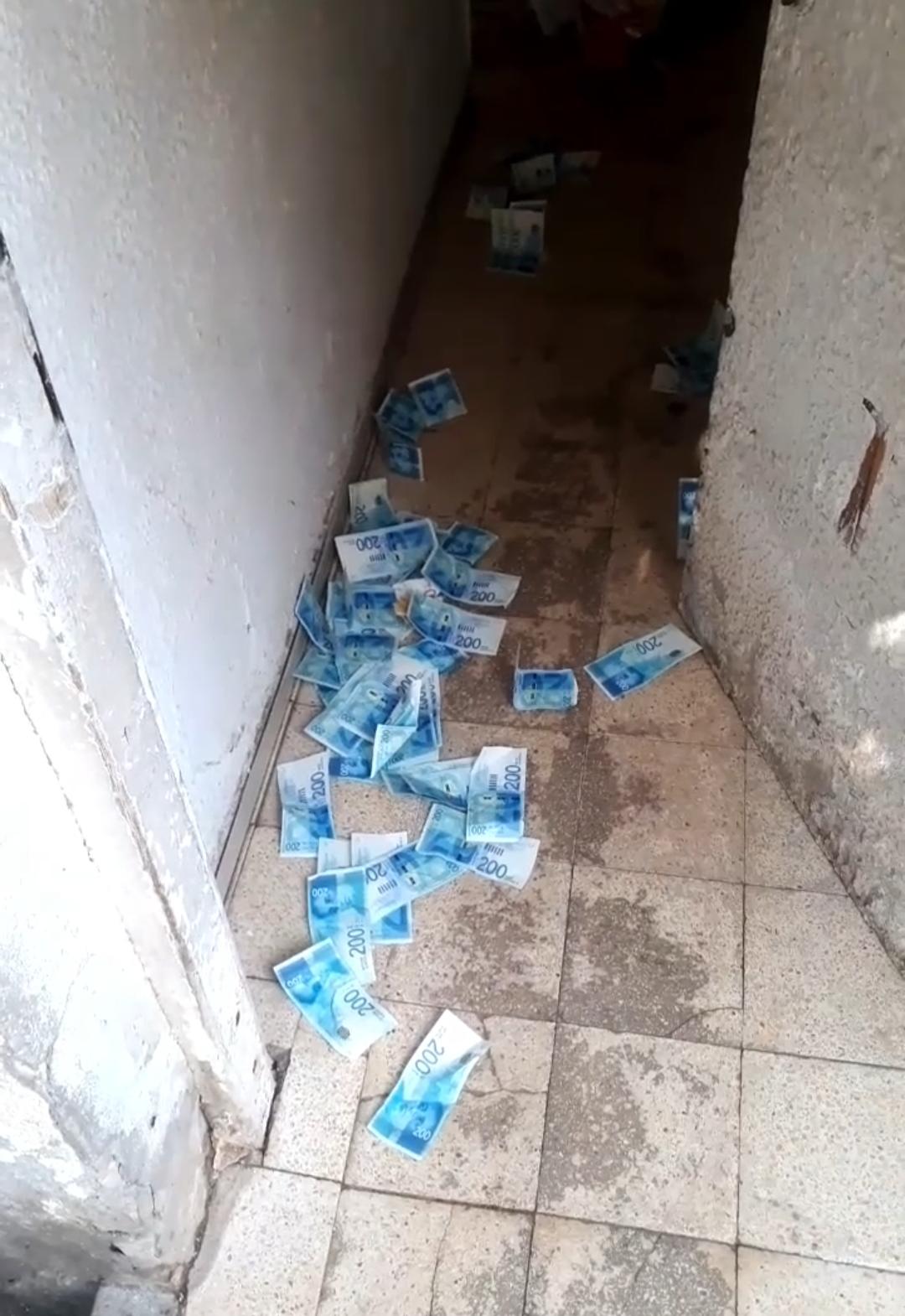 Three suspects that were connected in a Robbery that occurred Wednesday morning at a home in Bnei Brak are now in custody.

At around 10:00 am local time, three armed people entered a home in Bnei Brack located on Beit Shamai Street, where the house owner was exchanging foreign money for Israeli money. The three robbed the house owner and then fled the scene with a huge amount of money.

The local police were contacted and started an investigation with an attempt to catch the three suspects that fled the scene with the robbed money.

After a short investigation and an extensive search, police ultimately located the three suspects that were connected with the Robbery and placed them under arrest.

The robbery caught on CCTV

The three suspects in a. Car fleeing the scene right after the robbery.

Moments after the three suspects fled the scen.

Photo of the scene.