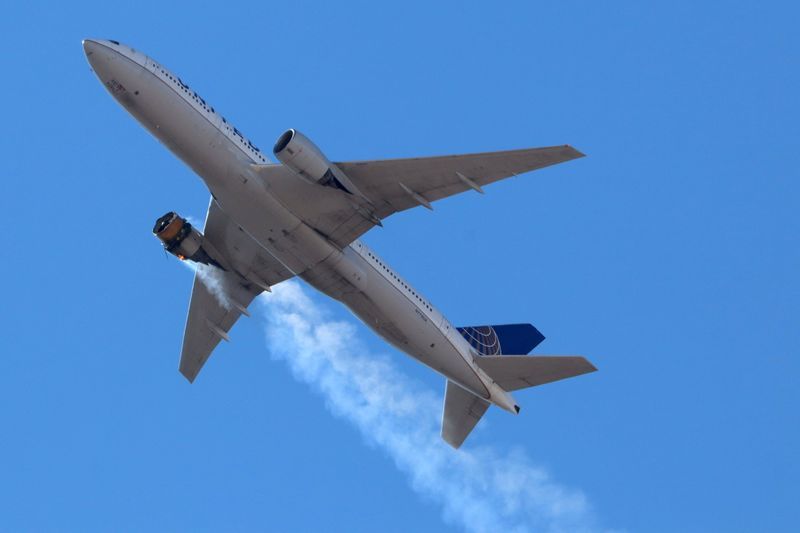 Boeing 777 Planes Being Inspected Across US, Japan, May Be Suspended From Future Use

A catastrophic engine failure of the United Airlines flight 328, which flung its parts onto homes in Denver, led to the grounding of dozens of Boeing 777’s across the US and Japan, as investigations were demanded by the National Transportation Safety Board. Following the disastrous event, Boeing Co said it recommended suspending the use of 777 jets with the same type of engine.

Tragedy struck over the weekend at Denver, when a Boeing 777 flying overhead, rampaged home dwellers with debris that flung towards their abode. As per initial investigations, it was discovered that two fan blades on the plane’s number 2 engine had developed fractures. The engine failure occurred in the United Airlines Flight 328 minutes after the Hawaii-bound Boeing 777-200 took off from Denver International Airport on Saturday afternoon. Despite the damage, the United Airlines 777 landed safely at Denver International Airport on Saturday local time after its right engine failed.

Images posted by police in Broomfield, Colorado showed significant plane debris on the ground, including an engine cowling scattered outside a home and what appeared to be other parts in a field.

Soon after the incident, the Federal Aviation Administration issued an emergency airworthiness directive that requires “immediate or stepped-up inspections of Boeing 777 airplanes equipped with certain Pratt & Whitney PW4000 engines.” The administration noted that this was likely to result in aircraft being removed from service.“We reviewed all available safety data following yesterday’s incident,” FAA administrator Steve Dickson said in a statement. “Based on the initial information, we concluded that the inspection interval should be stepped up for the hollow fan blades that are unique to this model of engine, used solely on Boeing 777 airplanes.”

United said on Sunday, that it would voluntarily and temporarily remove its 24 active planes, and soon afterward, Boeing released a statement saying it recommended airlines to suspend the use of its 777 planes. Meanwhile, Japan’s transport ministry ordered Japan Airlines Co Ltd (JAL) and ANA Holdings Inc to suspend the use of 777s with P&W4000 engines while it considered whether to take additional measures.