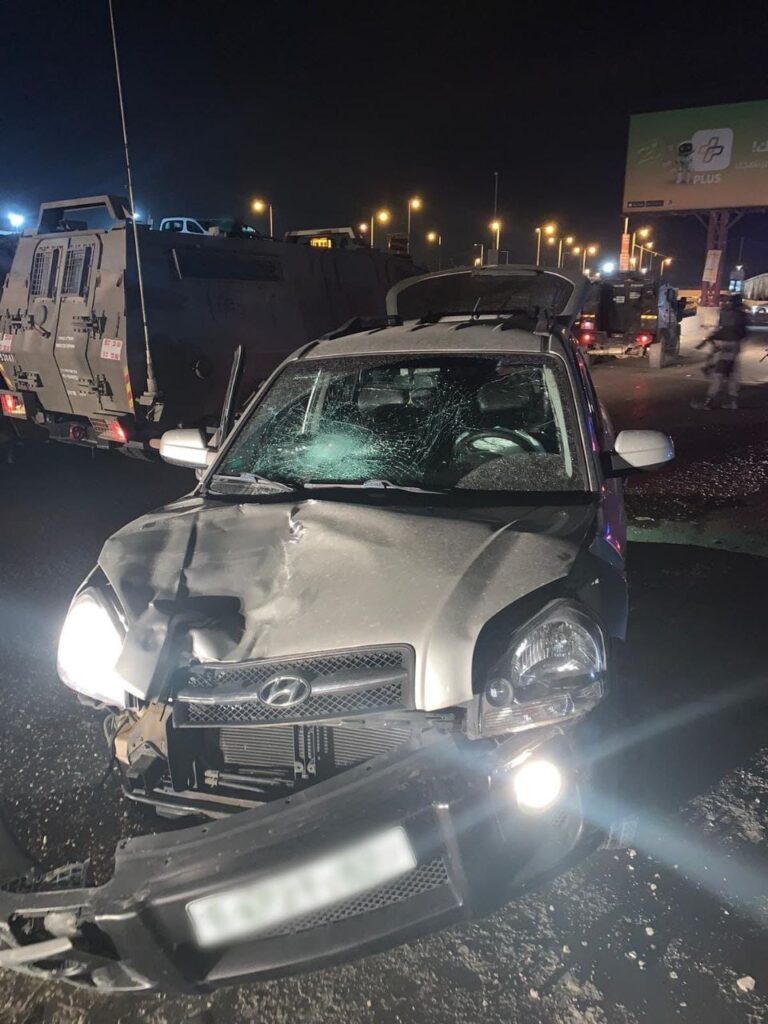 A Border Police officer was seriously wounded when a 22-year-old terrorist hit him with a car in Kalandiya, north of Yerushalayim, on Wednesday night.

Based on the initial police investigation, the police officer was taking part in operations to evacuate illegal structures in the village when the suspect at high speed hit him and other police officers in the area with a car.

The police officer was immediately rushed to the Shaare Zedek Medical Center for the treatment of his head and abdomen wounds.

The police officer is now in stable condition.

Meanwhile, the terrorist, a resident of Kalkilya was immediately arrested after the attack after he hit his car at a wall.
The suspect is now being interrogated by the Shin Bet in connection to the attack.