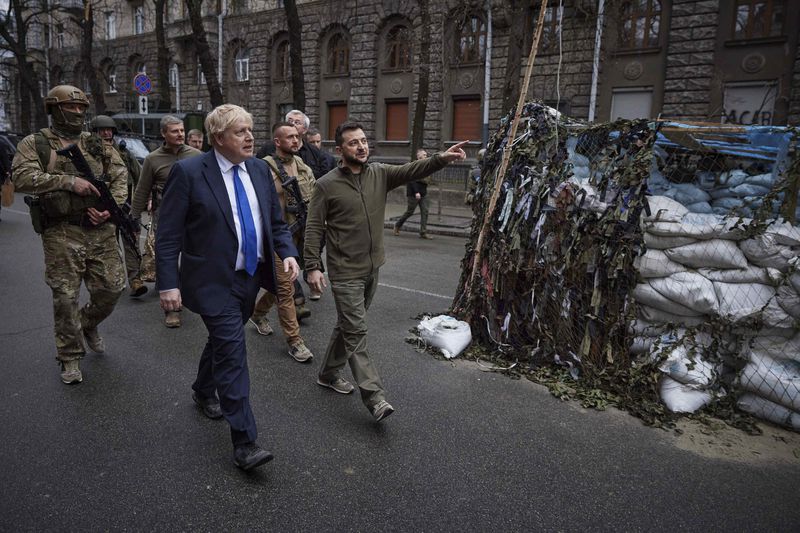 In his visit on Friday, Johnson promised more assistance from Britain, including 120 armored vehicles and new anti-ship missile systems.
Johnson also promised an additional $130 million worth of military equipment.
“Today, I met my friend President (Zelenskyy) in Kyiv as a show of our unwavering support for the people of Ukraine,’’ Johnson tweeted.
“We’re setting out a new package of financial & military aid, which is a testament of our commitment to his country’s struggle against Russia’s barbaric campaign,’’ Johnson said in another tweet.
He also guaranteed an extra $500 million in World Bank lending to Ukraine, boosting the U.K’s total loan guarantee to $1 billion.
Nehammer, for his part, promised Zelenskyy on Saturday that the EU would continue to step up sanctions against Russia “until the war stops.”
“As long as people are dying, every sanction is still insufficient,” Nehammer said.
Nehammer also said Austrian embassy staffers would return to Kyiv. They had moved to western Ukraine as Putin made an all-out effort to capture the capital.