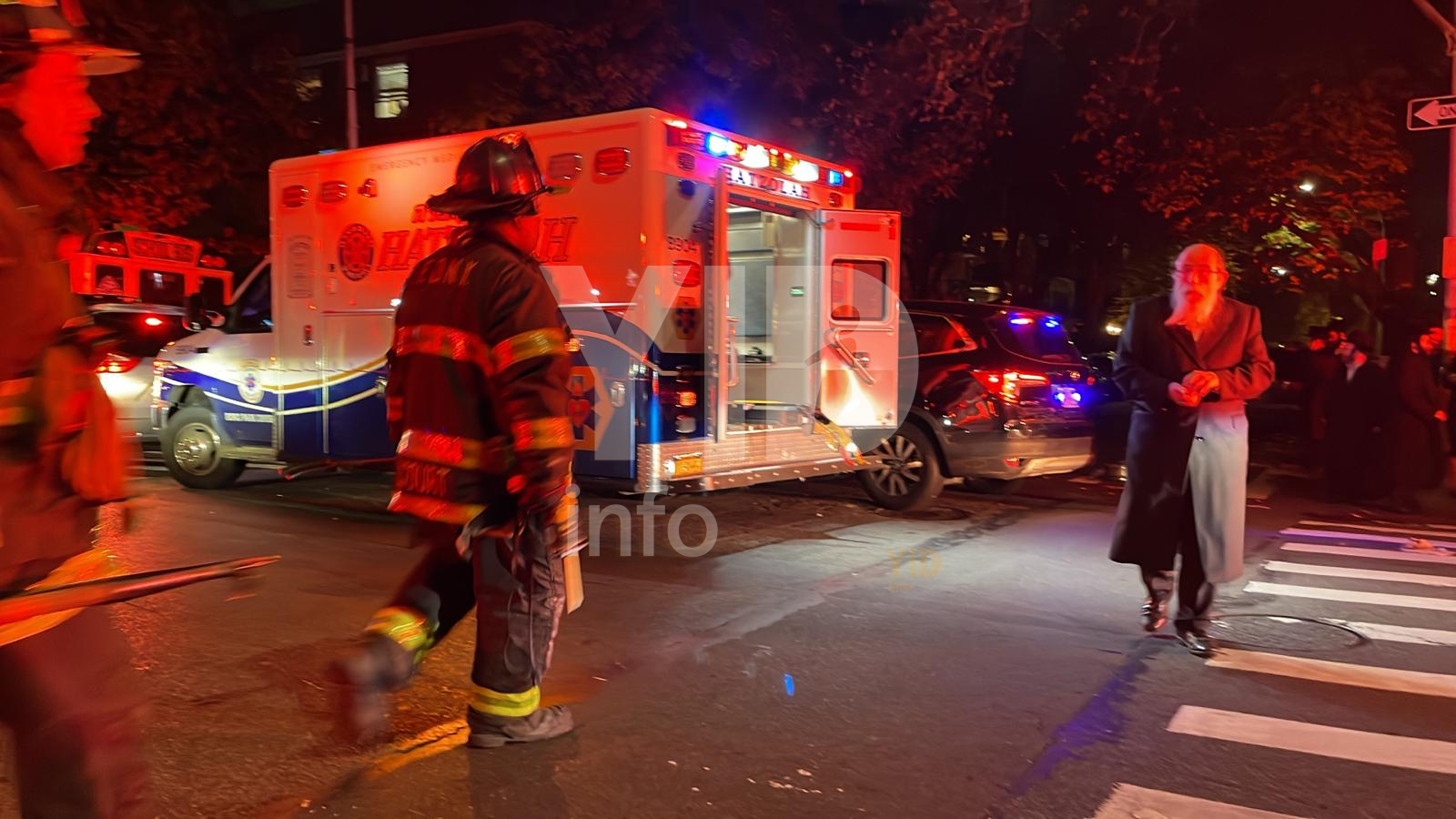 A serious motor vehicle accident occurred on Sunday night just before 12:15 AM, on 14th Avenue and 46th Street in Boro Park, when two cars collided, resulting in serious injuries.

One female was ejected from an SUV and landed just a few feet away, where she is in critical condition, according to bystanders that saw the full incident unfold.


The mother was traveling with her two children when the 25-year old female was ejected from the vehicle and launched several feet into the air before landing just inches from a residential doorway.

All but one of the patients were transported in critical condition, while the others were all transported in stable condition and taken to the ambulance to be checked for minor injuries.

Many victims were transported by Hatzolah while in a stable state of well-being.