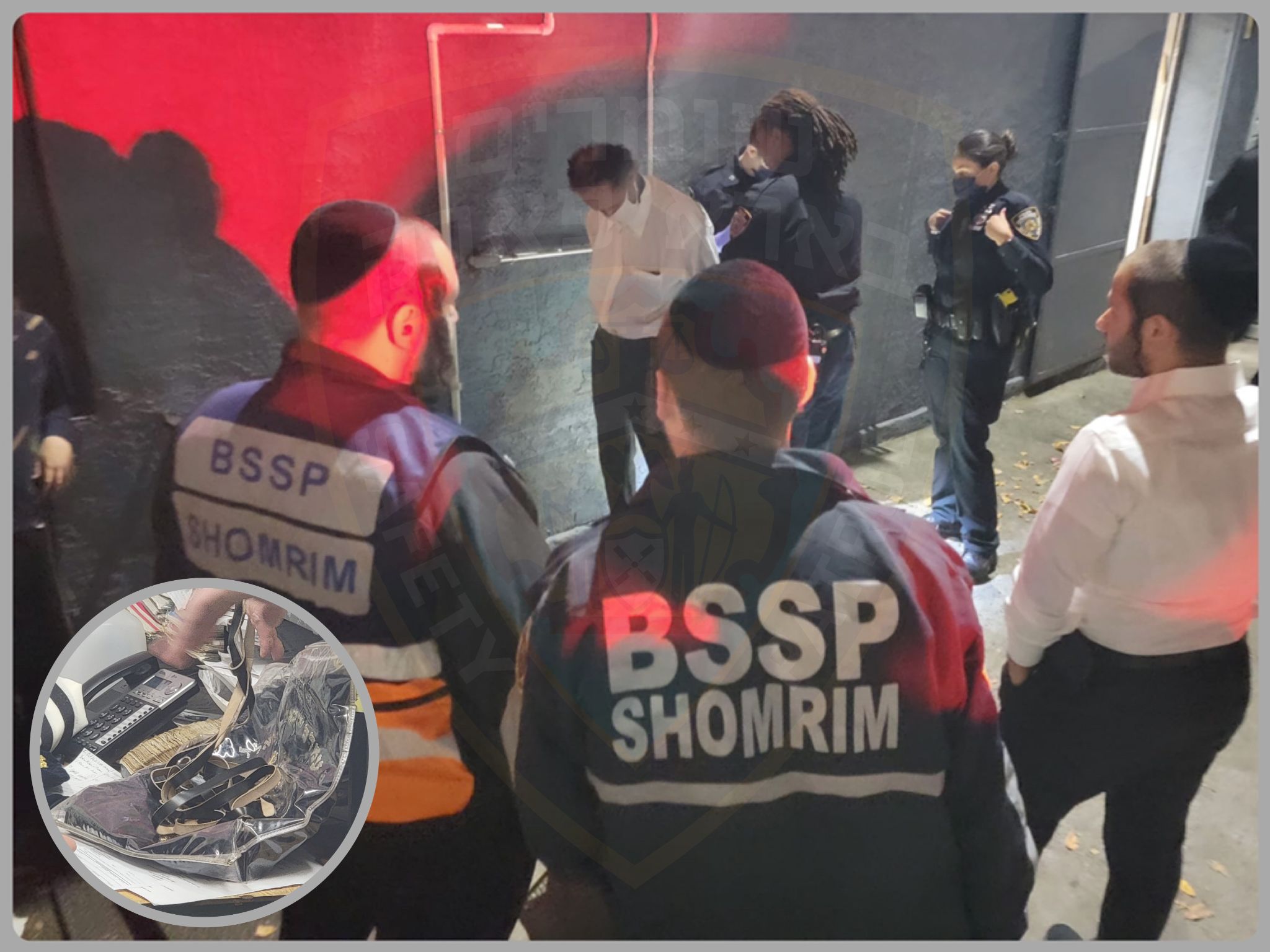 Boro Park Shomrim nabs suspect who stole Talis and Tefillin from a vehicle.

A suspect who broke into a vehicle and stole Tefillin was arrested by the NYPD’s 66th Precinct with the help of Boro Park Shomrim.

Just before 7:00 pm, Shomrim received a call after a person witnessed this suspect dumping a pair of stolen Talis and Tefillin at 14th Avenue & 38th Street. Shomrim volunteers responded swiftly to the given location and started following the suspect who was making his way off.

Turns out the suspect didn’t have a hard time stealing the Talis and Tefillin since it was left in a vehicle that wasn’t locked.

However, after Shomrim found the owner they contacted the NYPD where the suspect was stopped at 15th Avenue & 39th Street.

Once again, Shomrim reminds everyone to properly lock their vehicle and to take out their car keys which will prevent auto theft.

In an act of kindness, Shomrim volunteers went around the past few weeks locking people’s vehicles and leaving behind a nice educational letter about the importance of locking vehicles – preventing future car break-ins and auto theft.