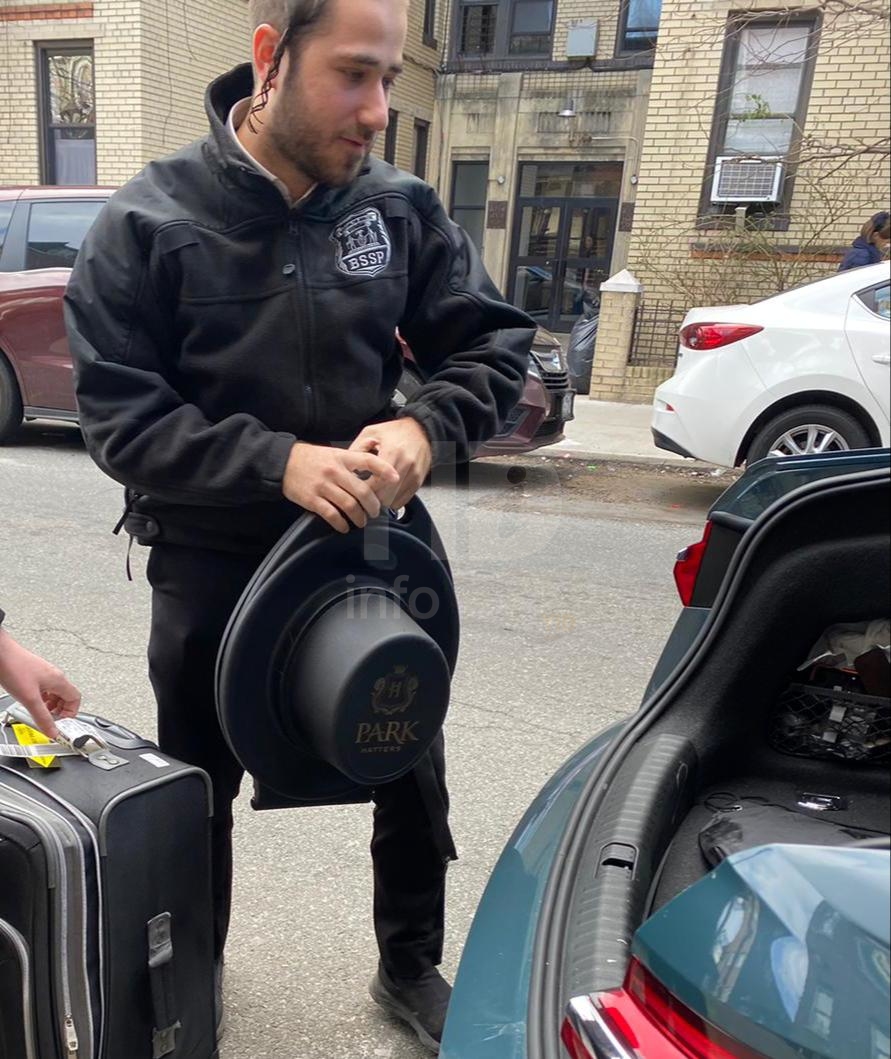 Sunday night just after 11pm, Boro Park Shomrim received a call from a Boro Park resident stating that he mistakenly left 3 suitcases behind in a taxi after taking a ride from LaGuardia Airport to his home in Boro Park. Among the items in the suitcases were his Talis and Tefillin and an important business laptop.

Multiple Shomrim volunteers immediately canvassed the surrounding areas, but there was no trace of the cab.

Meanwhile, additional volunteers started reviewing camera footage from nearby stores and dash-cams that the taxi passed, in hopes of capturing the unique taxi number.

After hours of hard work, a camera with the perfect angle was located and the volunteers made contact with the owner. With the owner living in Williamsburg and not have much knowledge on how to review his cameras, the Boro Park volunteers reached out to their partners in Williamsburg Shomrim. WSPU volunteers went to where he lived and successfully obtained the footage. Once they had the info, the cab driver was contacted.

Earlier this afternoon, Shomrim volunteers drove out to where the driver was located, recovered the suitcases and reunited them with the owner.

Tracking the cab could’ve been much easier had the rider taken down the cab number. Shomrim reminds everyone to write down the vehicle info when taking a ride with a taxi or car service etc and in the event something is mistakenly left behind, it’ll be much easier to have it returned.

A BP resident called us for help, after suitcases containing expensive and important items were forgotten in a @nyctaxi. Thanks to extreme #Dedication and after hours of #HardWork, our volunteers successfully traced the cab and recovered all the belongings. #FriendsYouCanCountOn pic.twitter.com/dVPvsz48P9