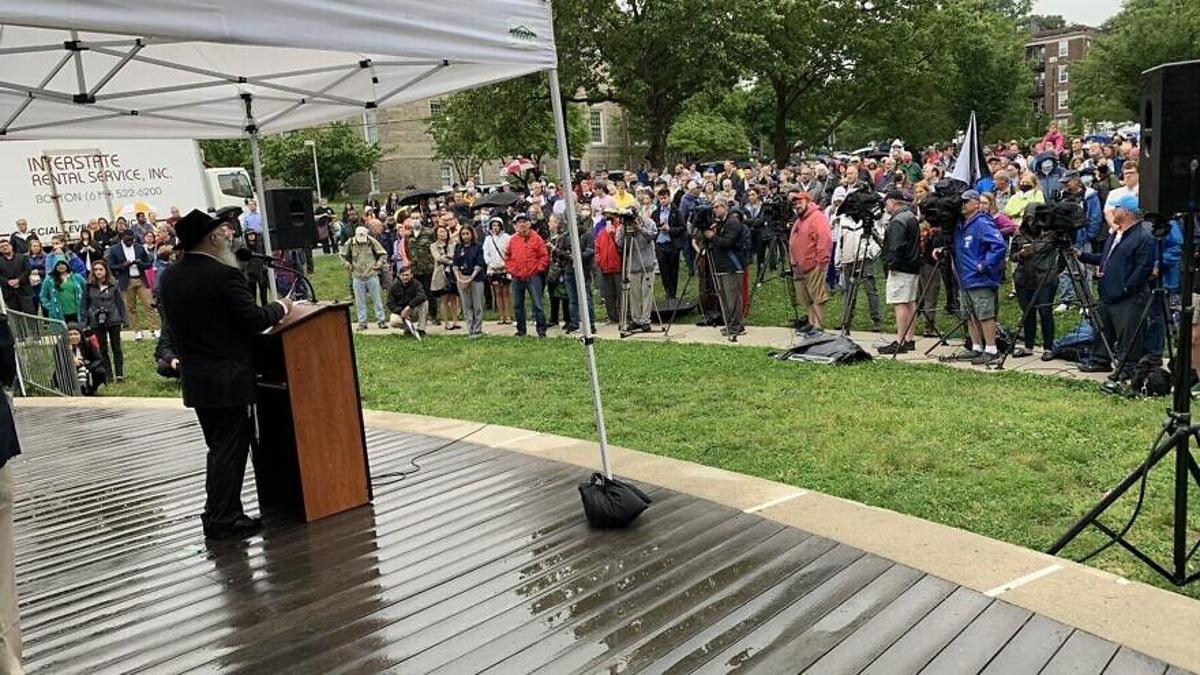 In response to the string of violent attacks against Jews in Boston over the past few days, the Jewish community in the city came together to rally against growing sentiments of antisemitism.

Taking pride in their Jewish identity whilst standing together in the face of adversity, this past week, hundreds of people gathered Friday morning in Brighton for a rally in support of Chabad Rabbi Shlomo Noginski was stabbed eight times outside of Shaloh House, a Jewish school and synagogue in Brighton, where he teaches. Joining the rally were the community’s allies and scores of elected leaders, police, and officials.

“Our community is feeling vulnerable,” Marc Baker, president of the Combined Jewish Philanthropies of Greater Boston, said at the rally. “And we are feeling angry, wondering whether we can be safe in our own country, and our own cities.”

Just before Noginski was stabbed, other incidents that took Boston by a storm included one in Winthrop, a seaside town just north of Boston, where a white supremacist who harbored virulent racist and antisemitic views murdered Air Force veteran Ramona Cooper, 60, and retired state trooper David Green, 68, both African American. The shooting took place near two synagogues and is being investigated as a hate crime.

Meanwhile on June 24, during a pro-Palestinian protest at the New England regional offices of the Anti-Defamation League in Boston, a non-Jewish writer for the Zionist website CAMERA was spat at and called a Nazi by protesters.

The rally held across the street from the school and synagogue where Noginski was attacked, was organized by Shaloh House, CJP, the Jewish Community Relations Council of Greater Boston, and the New England branch of the ADL.