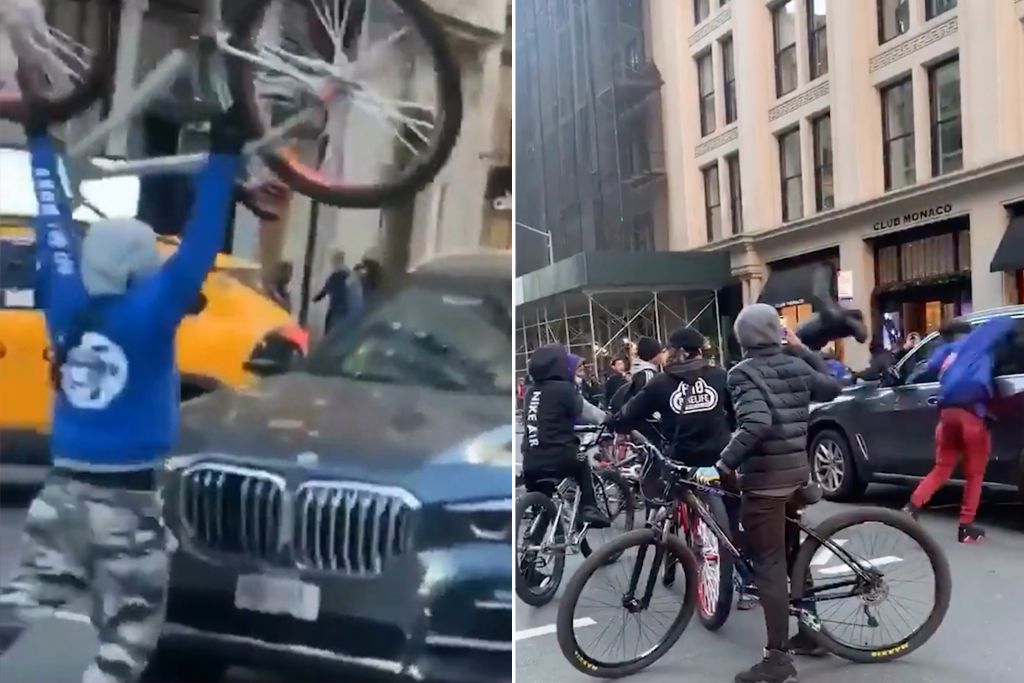 A wild video of a posh BMW being attacked by a bicycle gang of teens in broad daylight in the Big Apple had gone viral on Wednesday after it occurred on Tuesday. In the early hours of Thursday, a 15-year-old boy from Queens was arrested in connection to the crazed vandalism.

Not disclosing his identity since he’s a minor, according to law enforcement, the boy from Queens is being charged as a juvenile after allegedly attacking victim Max Torgovnick’s luxury car on Fifth Avenue, Manhattan. According to sources who witnessed the matter, approximately 25 bikers were involved, six of whom damaged Torgovnick’s car. Police have also identified another teen and are searching for him.

Narrating the horrific event, Torgovnick told the New York Post on Wednesday that he and his mother, who is in her 70s, had just dropped off a donation at a nonprofit organization and were heading to his father’s neurology office when they ran into around 50 teen bikers Tuesday afternoon. In the video that floated online, the attackers could be seen violently pounding the vehicle with their fists and feet, whilst another vandal smashed a bike on Torgovnick’s front window. One of the attackers then ran against the car and vaulted on top of the hood, causing the windshield to crack and partially cave in.

“At that point, I was afraid that they were going to break the window, get in the car, reach in, and pull us out,” Torgovnick recalled. His mother was frantically dialing 911 while screaming, “‘We’re going to die, they’re going to kill us,’” Torgovnick said.

It is still unknown as to what the motive behind the act was, which is primarily what led Torgovnick to say, “It’s something that I never expected to happen in New York City. That’s something like you would see on the streets of a war zone. I never thought New York would get this bad.”

Apart from the BMW, the gang also attacked one other vehicle, a yellow cab, around the same time and location.