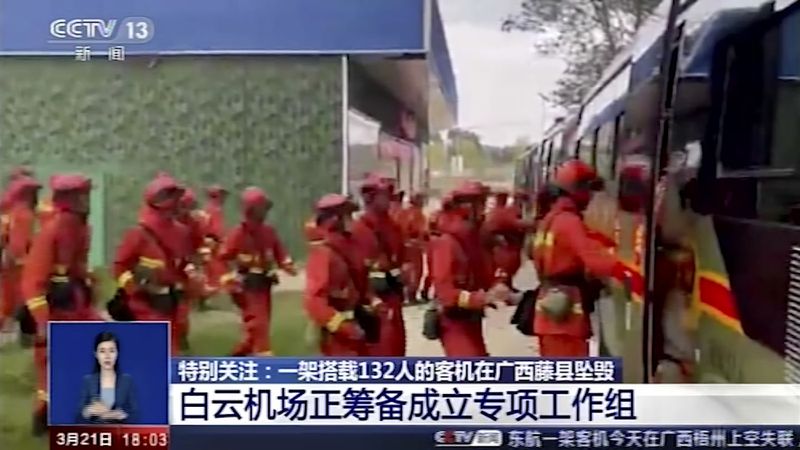 One hundred and thirty-two people were feared dead when a Chinese jetliner crashed Monday afternoon in the southern province of Guangxi.

China’s Civil Aviation Administration revealed a China Eastern’s Boeing 737-800, carrying 123 passengers and nine crew members was flying from Kunming to Guangzhou when it went down in the southern province of Guangxi.

The Chinese aviation officials said hundreds of rescuers are now dispatched to work on the wreckage area.

Sources said all on-board the flight could be dead since a huge fire erupted when the plane hit the ground.

Based on the data from flight-tracking website FlightRadar24, the plane lifted off at 1:11 p.m. local time (1:11 a.m. ET), then began plummeting about an hour into the two-hour flight, falling 29,000 feet in just minutes. Local police began receiving calls from witnesses around 2:30 p.m.

According to reports, China Eastern, headquartered in Shanghai, is one of the three major airlines in China, operates more than 730 planes, and annually flies 130 million passengers to 1,036 destinations in 170 countries and regions.

The aviation experts said the crash is considered the deadliest in years in China.

The airline crash record in China state that the country’s deadliest civilian jetliner crash came in 2010 when a plane crashed in Yichun and killed 44 out of the 96 people aboard.