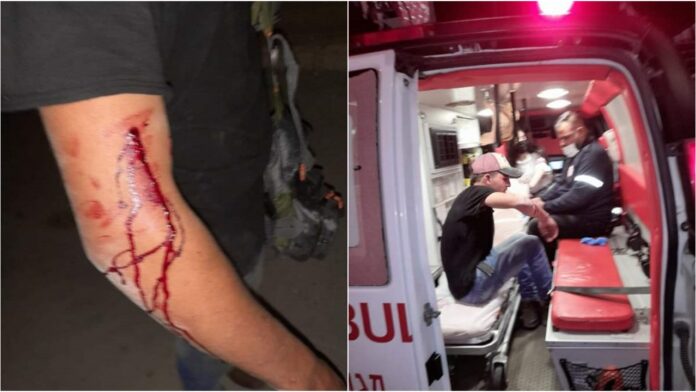 BREAKING: 2 Jewish brothers injured after attack from dozens of Arabs in Akko

Two Jewish brothers suffered some injuries after dozens of Arabs attacked them in the Old City of Akko on Wednesday night.

The local police said the two victims, 19 and 21, suffered stab wounds and head injuries after the suspects attacked them with iron bars, knives, and sticks.

The police said the victims already received emergency medical aid at the scene and were evacuated to the Galil Medical Center in Nahariya.

Sources said two of the suspects in the attack are already in police custody.

An initial police investigation showed that the Arabs had taunted the Jews, and after an angry verbal exchange, the Arabs attacked them with extreme violence.