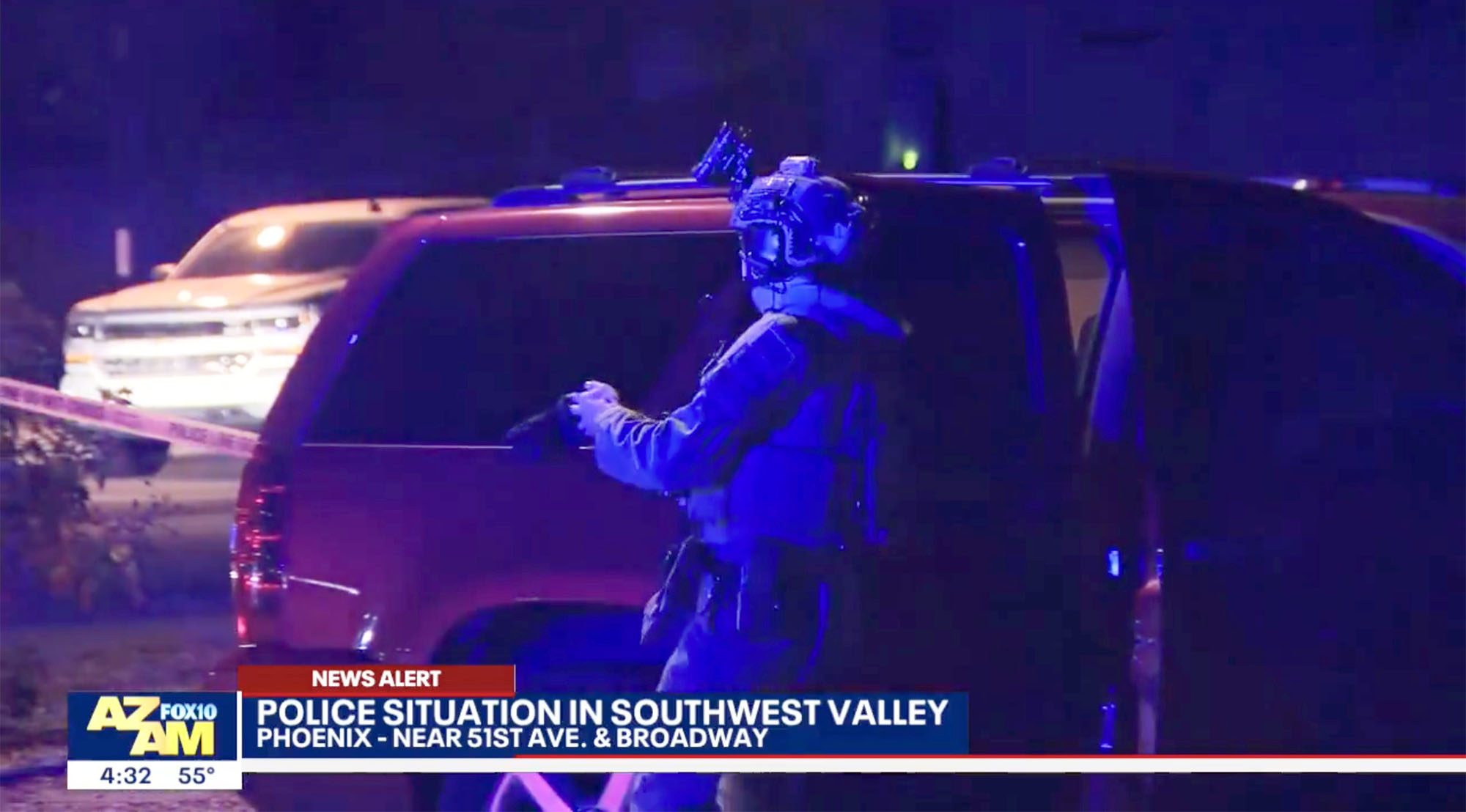 BREAKING: 5 cops, 1 woman were injured after a man who barricaded himself in Phoenix home shot them

Five police officers and a woman were injured when a lone gunman opened fire and barricaded himself in a Phoenix home early Friday.

The local police said the incident occurred at about 2 a.m. near the area of 54th Avenue and Elwood Street.

In the initial police investigation, the police officers were responding to a 911 call in the area when the shooting incident.

One of the five wounded police officers who went ahead of his companion to the house was shot by the male suspect.

As the victim lay wounded, his four other companions of the victim went near the house to rescue a baby who was placed in a carrier outside.

At this instance, the suspect fired again hitting the four and a woman in the process.

Despite their wounds, the police officers opened fire prompting the suspect to barricade himself inside the house.

All the wounded victims are now undergoing treatment at a local hospital.

The baby is also safe from harm.

As of this writing, the standoff between the police and suspect continues.